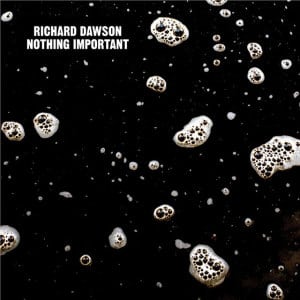 Appraising art can be hard. Take music. Mere sounds fit to whatever order, and music’s inherent subjectivity can bugger up any recommendation. Sometimes discussing any art can feel like an elaborate exercise on who’s just putting on who. Is the pure white painting really a searing commentary on modern post-industrialism’s hollow search for truth, or is it, you know, a white painting? If something is intentionally ugly and shallow or annoying, is that valid? A perfectly reasonable response to this question is, “Okay, but that’s the point. It’s challenging.” The counter-argument is just because something is challenging doesn’t automatically mean it contains either quality or refinement. It’s challenging to eat a moldy sandwich, but that doesn’t mean the consumer is any more brave or daring, it just means they can eat something distasteful. But art isn’t food.

Just what is art supposed to do? What can good art do? Can it annoy, prick, cajole, soothe, or whatever else it pleases?

Richard Dawson, UK folk cult artist, has always walked a difficult aesthetic line, and nothing changes with his new release Nothing Important, which consists of a series of four songs, two of which are over 16 minutes long. A word: this is not music for the stressed or irritable. These are difficult, and – let’s be real here – awful sounding to what we’ll call here the average person. That isn’t a damning proclamation against Dawson, but rather a statement of popular taste. As vaunted as Lou Reed‘s Metal Machine Music is today by certain critics and musicians, the general public would justifiably be irritated by its contents, as critics were back in 1975. Nothing Important’s in the same boat; it’s an interesting piece of art, but is it good? Well, that all depends on perspective and expectation.

Dawson is very skilled at guitar. His singing, filled with great passion, has a certain logic to the madness. Describing the vocals on Nothing Important is difficult. Certain intense visual portraits seem apt; on the eleven minute mark Dawson howls. What kind of howl? Imagine hearing your drunk uncle swirling around in the dryer with a broken ukulele, and you have the right idea. If this sounds like a bad thing, you’re not picturing it right. The album starts with Judas Iscariot, a demented Robert Johnson finger-picking extravaganza that goes full-on Violent Femmes punk guitar before breaking into a slow wave of feedback and occasional string plucking, until it gears up again into a crescendo of disorder. It exemplifies Dawson’s songwriting style of Calm and Storm, Chaos and Order.

The Vile Stuff takes those Delta Blues comparisons to the next level. The addition of percussion (handclaps and drum) along with lyrics like, “Attempting to penetrate a coconut husk with a Philips-head screwdriver/ I pierce a hole straight through my hand into the laminate worktop” create a haunting, intense track, the kind of music used to escape sandstorms on horseback in ancient Egypt. There’s a Robert Wyatt vibe throughout all of Nothing Important, and especially in this song. The amazing improv harpist Rhodri Davies provides backing as the 15 minutes build and build and build to a wondrous mess of ecstatic pandemonium. Doubting Thomas, another instrumental, caps off the album.

So, is Nothing Important a mere avante-garde exercise in ugliness confused as truth, or needless complexity posing as depth? Is it, in other words, a moldy sandwich? Far from it. Dawson knows exactly what he’s doing, and he does it well. Pablo Picasso was entirely able to paint realistic portraiture, but opted to instead experiment with basic shapes and discomforting lines. Dawson is no different; he could play traditional folk, delve into jazz, or try out a punk outfit, but where’s the fun in that? He’s crafted something braver, harder, and worth a spin. White paintings be damned.