Ride – This Is Not A Safe Place 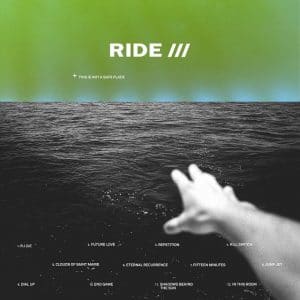 Two years after releasing their first post-reunion album, Ride are back with an even better one, This Is Not A Safe Place. It’s been quite a journey for the Oxford quartet since making their name at the forefront of shoegazing in the early ’90s – and now it seems they are ready to move forward in exciting new directions.

Ride’s albums Nowhere and Going Blank Again were classics of the shoegaze genre, but they lost their way in the mid-’90s, as they failed to swim with the tide of Britpop followed by waves of indie-guitar bands. As the two main men Andy Bell and Mark Gardener fell out over artistic differences, the band sank (with Bell going on to play bass with Oasis and then guitar with Beady Eye). Then, almost 20 years on, Ride re-surfaced to play live again and – in the wake of new records by fellow reunited shoegazers My Bloody Valentine, Slowdive and Lush – released their surprisingly good comeback album Weather Diaries in 2017.

Though also produced by Erol Alkan, This Is Not A Safe Place has a quite different, more adventurous character. It may not be as far out of the band’s comfort zone as the title suggests (or indeed as the cover image implies, with a hand pointing out over a menacing-looking sea), but here Ride aren’t just treading water so much as striking out for the horizon.

The album gets off to an exhilarating start with R.I.D.E., a wash of synths and guitars backed by a hard beat, with wordless vocals apart from the name of the band itself chanted dreamily like a mantra. But, then, Ride’s lyrics tend to be on the nebulous side anyway – and on this record again their meaning is often as hazy as the music.

Lead single Future Love is an irresistible slice of Byrds-influenced power pop, with Bell’s jangly guitar playing accompanying Gardener’s sweet singing, as he enthuses, “you’ve got me going … A future love / Can never fail” – with the anticipation ever hopeful. In contrast, second single Repetition has a Joy Division/early New Order feel in its motorik beat, with the pointed lyric seemingly aimed at those who only like the early Ride sound: “It’s funny, people hate you to change / They want you just to repeat and stay the same.”

The spikiest song on the album, Kill Switch is a bullet of compact energy with its aggressively distorted guitar lines. Clouds Of Saint Marie, on the other hand, has a soaring melody that floats dreamily in vocal harmonies. And Eternal Recurrence takes that mood even further with its spaced-out dream pop, as Gardener warbles, “Sinking is easy”. The steady beat of 15 Minutes is interrupted by anarchic bursts of heavy guitar, mirroring the lyrics: “Once in a lifetime / You do something / Something totally fucked / That it totally changes everything.”

The turbo-charged Jump Jet takes off into a densely layered soundscape. Then the pace drops with Dial Up, which starts like a ballad with acoustic guitar, piano and some lovely vocal harmonising, before off-kilter electric guitar and drums kick in. The dark-toned End Game outlines the final phase of a love affair, with its part-sung and part-spoken vocals: “two parties but only one victor / If that’s the game, of course we can play it.”

The gently melancholic Shadows Behind The Sun, featuring acoustic strumming and hand-clapping, later takes on a psychedelic quality. And the epic In This Room – by far the longest track at almost nine minutes – is a beautiful way to end the album, with the meandering instrumental second half leading to a long fade-out into… who knows what or where?