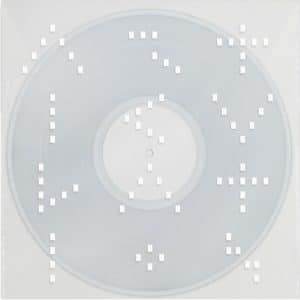 Rival Consoles’ fifth LP Articulation is a brief effort in which six tracks of average length display a plethora of synth lines, 4×4 beats and morose bass. Ryan West here treads that line between club culture and home listening that has been thoroughly explored by so many electronic artists through the decade, and fits a pre-existing mould within the genre – that of the moody alternative house record.

Opening track Vibrations On A String makes its mark with a growling bassline, shimmying hi-hats and a dramatic four-note motif that’s used far too sparingly. The following song, Forwardism, has the aesthetics of a tech-house record and something undefinable about the beat which brings to mind peak-era Deadmau5. These tracks are well-produced, their elements are pretty and have a subtle analogue tinge to them, but there’s nothing really new or exciting here.

LFOs are a common feature across the album, giving its melodies and chords a jittering, glitchy quality. Take the title track, where the synth bounces and rebounds on itself over a particularly tame breakbeat, or Forwardism’s staccato stabs, which alternate between taut crotchets and bursts of manic energy. Melodica is a pleasant ambient number with languid chords and gentle rain (it’s as if new age never left the building), while Still Here’s driving synths are reminiscent of EDM, a build up to a drop that never comes.

The album ends with its best track, as Sudden Awareness Of Now’s intricate trance-style sequences mesh effortlessly with the energetic beat, but it’s not enough to shake a feeling of disappointment about this record. At a time when mainstream house music is becoming more connected with both its past and the underground scene, ‘alternative’ interpretations like this are quickly becoming stale, and Articulation too often sounds as if it’s merely going through the motions.