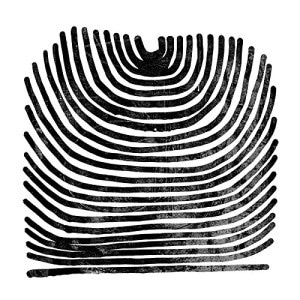 It may have (so far) lacked one defining, stand out release but 2015 has still been an eye-catching year for electronic music. Big names like The Chemical Brothers, Leftfield, Squarepusher and The Orb have returned with notable albums and, towards the other end of the spectrum, there’s also been acclaimed albums by the likes of Holly Herndon and Blanck Mass (not to mention a new Oneohtrix Point Never record just around the corner). It’s this broad landscape that Howl, the debut album from Rival Consoles (London based musician Ryan Lee West) finds itself competing against.

West was the first act to sign for Erased Tapes, back in 2007, and while his music has always been centred around synths and electronic sounds, his new album shows a more experienced and confident musical mind at work. He has explained how the title of the album relates to what he perceived as the emotional and human nature of the album (on two tracks his voice is processed into sounds that closely resemble analogue synths, the predominant instrument used on the album). Once acquainted with the album (and it’s important to state that the album needs time to fully show its worth) it’s an understandable correlation yet, in other ways it’s an unusual title that, to a degree, goes against the controlled, considered and self-contained nature of the album.

Leaving the name aside, what isn’t in doubt is the versatility of the album – it’s a piece of work equally at home in darkened club environments or inside headphones, soundtracking and improving regular daytime experiences. The opening title track reveals the emphasis on texture that grows throughout the album, the low-lying drive of the beats contrasting with the falling motifs and friction of the bass. It swoops and reverberates, fuelled by the energy of the night.

Ghosting moves in grittier directions, all bass distortions, esoteric forms and darker tones. It’s a compact and distinct sound that stands on its own. Afterglow meanwhile has a sharper feel and tactile quality to it. Soft synths veer in and out of the pinpoint beats and at times the phased movements and subtle progressions begin to recall Autechre if some of their glassy shards and metallic splinters had been extracted. The move into the more reflective and relatively subdued Pre illustrates some of the mood shifts found on the album.

The crawling bass of Walls also helps show just how immersive the sound gets on the album, whilst at the same time appearing to have something almost dystopian running through it. This then gives way to the upfront, visible percussion of Low. There are moments on 3 Laments meanwhile where you half expect it to break out into some early Warp-type melody – it never materialises though and is arguably all the better for it.

Morning Vox boasts the clearest identity of any track on the album – there’s something almost linguistic in the binary synth block-building that it is constructed from (further justification of talk of the human quality that permeates the electronic sounds). It has a pleasingly elementary feel to it yet also manages to simultaneously sound contemporary and fresh.

The sense of urban alertness that pervades closing track Looming brings all elements together for a satisfying conclusion. It is the sharpness, leanness, and absorption in detail found on Howl that combine to make it a success. It’s not impossible that it could ultimately out-shine a lot of the bigger names it has been pushed up against this year.