Robert Ellis – The Lights From The Chemical Plant 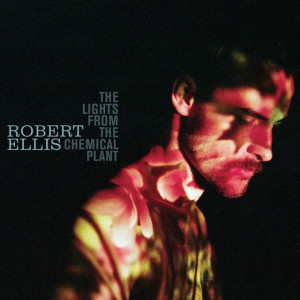 In an age where mainstream country has an honest-to-goodness rap sequel to Achy Breaky Heart and Taylor Swift is experimenting with dubstep, one can easily get the feeling that country is turning into generic pop with a drawl. The backlash, of course, is to create purist work that doesn’t rock the boat, or in this case, the Grand Opry. To evolve and expand on what country can be while still being true to its essence is hard. It is a pleasure when such a feat’s accomplished.

With his third album, The Lights Trom The Chemical Plant, singer-songwriter Robert Ellis has produced a minor masterpiece that holds tight to what makes country music country, while wandering through new fields of expression. His voice is a handsome thing: nasal, accented, old school country before the auto-tune and regional dialects faded with all the national television channels. The most famous parallel would be Hank Williams, with some soft Willie Nelson rounding about a rugged Appalachian tenor. He is as uncompromising in his voice as he is with his art.

His modern-day critique TV Song is a foot-pedal soaked country twanger. The chorus is not exactly breaking new ground – “I’m a gunfighter/ I’m a bullrider/ I’m the captain of some pirate ship at sea/ for a couple hours I got super powers/ Oh my God, I love watching my TV”- because television has been so endlessly critiqued and analysed to the point of exhaustion, but the modern-day references grab you, if only because Ellis wisely chooses to avoid well-worn cultural pillars and instead opt for a newer, already-iconic character of Mad Men’s Betty Draper. She is used as a comparison point for the song’s protagonist’s unhappiness with his own wife, a feeling more men could identify with than they perhaps feel comfortable. Then comes “God bless you, Walt Disney, you were a father to me,” which leads into the motivation for his love: “You kept me company when no one else had time.”

The song Chemical Plant has a Bruce Springsteen/John Mellencamp small town, lost love lyrical basis with beautiful instrumentation. Ellis intones and phrases the chorus is like a Hebraic prayer, surfing on the edge of the music with his voice like a wild surfer. He succeeds. Good Intentions  rolls through with hand-claps and bass that sounds like it’s coming out of a Police record.

Steady As the Rising Sun has lovely Motown chord changes and could be some long lost Van Morrison track from his Moondance era. Ray Charles explored such territory with Modern Sounds In Country And Western Music 50 years ago, and remember Whitney Houston singing Dolly Parton’s I Will Always Love You? The bridge is pure The Beatles filtered through musky Nashville whiskey-soaked Frank Sinatra who, with a little help, could have recorded this in his latter years. If she was kind, Adele should cover this song and make it world famous, if only to give Ellis the credit he’s due.

The hymn-like, heartbreaking Bottle Of Wine is a run-through of all addiction’s allures and abuses. “In a cloud of regret I go,” moans Ellis, “through the same old argument: to reminisce or to forget.” Female vocals come in, a la Carter Sisters, and there’s a saxophone solo! In a country album! The sax move is indicative of the entire album’s aesthetic focus. Time and time again Ellis makes brave artistic choices that could not only fail, but embarrass the listener, yet due to his talent such a scenario never comes to fruition. He has such confidence in his fusion of seemingly disparate sonic textures that nothing ever sounds forced, or garish.

The rest of the songs are, in a word, great. Whether or not the listener likes country is not essential to whether or not they will enjoy The Lights From The Chemical Plant. It is not an album residing in the dichotomous trappings of genre conformity or innovation as a means to gain appeal, but as a unique display of human expression in its own right. Cynthia Dunn would have dug it, and wisely so. It is a marvellous creation from a premiere talent, and deserves both your time and hard-earned money.