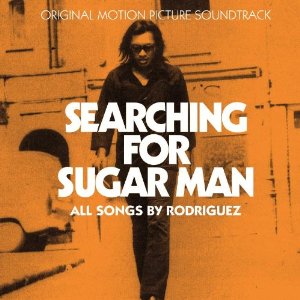 If you’re a music lover then it’s likely you gain a great deal of pleasure mining the past for evergreen classic albums. But it takes a special kind of crate-digger to happen upon a forgotten seam of gold. Such is the case with the story of “Sixto” Rodriguez, who released two albums in the early 1970s; both recordings are loved by those who worked on them, but bewilderingly died a commercial death. In a scene eerily mimicking one of his best lyrics he was dropped by his label and “lost (his) job two weeks before Christmas”.

The story should have ended there, but a bootleg of his work made its way to South Africa where Rodriguez’s anti-establishment stance struck a chord with the ’70s youth who were disaffected by the apartheid regime. The albums eventually gained a release and became must haves akin to the likes of Dark Side Of The Moon. However, such was the nature of the cultural boycott of the time that Rodriguez’s massive success took place inside a bubble. Some mysterious accounting in terms of royalties also meant that the phenomenon was never picked up outside of that country.

Urban legends arose surrounding Rodriguez’s death, be it by gunshot wound or self-immolation onstage. A small group of musicologists decided to find the truth behind the legend and the brilliant new documentary Searching For Sugar Man is the story of that quest and the dedication needed to track down the man himself who ended up (SPOLIER ALERT) being alive and well and working as a labourer in poverty stricken Detroit. The film is a heart-warming story of a humble man coming to terms with the fact that, somewhere in another corner of the world he is bigger than Elvis Presley.

Sugarman is probably his best-known piece of work – a psychedelic mix of the Velvet Underground’s I’m Waiting For The Man and a slither of easy listening along the lines of Sammy Davis Jr’s Candyman. Cause is a triumph of beautiful folk-blues sadness and there’s also enough scope for the feel-good pop of I Wonder; the song’s jaunty beat hides a simmering protest and hope for change. Elsewhere, songs such as Inner City Blues and the lengthily titled This Is Not A Song, It’s An Outburst, or The Establishment Blues go some way to explaining why he gained such a toehold in a suppressed South Africa. At times Rodriguez’s lyrics form a bridge between Bob Dylan and Charles Bukowski, but the instrumentation is also top-notch, as the haunting Sandrevan Lullaby testifies.

The 14 tracks here are a brilliant tribute to this forgotten artist, who will be hitting these shores for live dates later this year. Global recognition may have been delayed, but finally there’s justice in the music world. Music obsessives who think they’ve heard it all should check him out; Searching For Sugar Man is real discovery and sure to be the soundtrack album of the year.