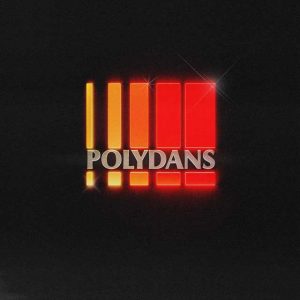 Earlier this week the seminal electronic duo Daft Punk broke up, prompting renewed interest in timeless records like Discovery and Homework. But while their two enigmatic helmets might no longer be with us, their sound is everywhere: modern house music is still deeply indebted to the French touch, and no pop act worth their salt can resist dabbling in disco ever since Get Lucky became the eternal sound of the summer.

Roosevelt’s third album Polydans has much in common with 2013’s Random Access Memories, pursuing euphoric abandon amongst the funky basslines, infectious hooks and unapologetically decadent arrangements. Strangers is a perfect example, as a strutting disco groove underpins melodious toplines and Nile Rodgers-esque rhythm guitar, while Closer To My Heart lays it on thick with a romantic chord sequence and devoted lyrics (“Forevermore, you know I’m / longing to be near / like never before, gonna show you / there’s nothing left to fear”).

An admirable attempt at album sequencing botches the execution halfway through, as Montjuic’s exhilarating retrowave build writes a cheque that the innocuous Forget is in no position to cash. Perhaps if Montjuic had given itself 10 seconds to cool off, or perhaps been a self-consciously bombastic introduction to Polydans, its presence would be more congruous, but all is forgotten by the time See You Again’s wordless vocal riff elevates the track effortlessly.

Lovers is endearing in its ’80s pastiche, a slightly goofy synth lead and dramatic percussion that could have been stolen from Pet Shop Boys with the help of a time machine. Roosevelt’s delivery infuses the track with a low-key charm, and some well-placed arpeggiator is the cherry on top for a highlight of the record.

Polydans is a breezy trip through those sounds and styles we just can’t get enough of, and its groovy production and smooth songwriting go down well.