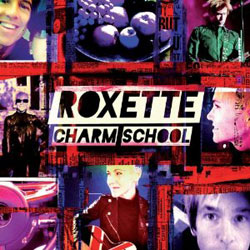 Having endured a musical year littered with have-a-go band revivals, it would appear we now need to brace ourselves for yet another wave this summer. Swedish rock duo Roxette are the latest to join the ’80s resurrection bandwagon with the release of a new album, Charm School.

While the group comprising of Marie Fredriksson (vocals) and Per Gessle (vocals and instrumental) never formally disbanded, they were forced to take a break from recording and touring in 2002 when Fredriksson was diagnosed with a brain tumour.

Their label kept die-hard fans happy with a series of Greatest Hits albums – no less than four, to be exact – including; The Ballad Hits and A Collection Of Roxette Hits, while Fredriksson took time to recover before taking to the road again in 2009. Amazingly, in transpires that Charm School is Roxette’s 17th album, and the first to feature new material written by the band since 2001’s Room Service.

Renowned for power ballads such as Listen to your Heart, Fading Like A Flower and the Pretty Woman soundtrack classic It Must Have Been Love, Roxette have cultivated a firm following by adopting a tried and tested formula. Fans will be pleased to hear there is very little deviation from it in their new offering.

Charm School succeeds in doing what so few revival bands seem able to, in recapturing and delivering the exact sounds for which (in this case Roxette) are known best. (See also Duran Duran‘s new album.) Radio listeners may have sampled the lead single She’s Got Nothing On (But The Radio), an upbeat, feel-good track on which Gessle wastes no time in stamping his distinct ’80s rock vocals.

Opener Way Out is an out and out cheesy rock number and is unmistakable Roxette, although the generous samples of tongue-in-cheek electric guitar and irritating harmonies could have been borrowed from Suzy Quattro or early Def Leppard. And, as with all Roxette albums, there’s sure to be a track worthy of a playlisting; on Charm School it’s I’m Glad You Called. A beautifully enchanting addition with a border-line folk melody, it could easily have been written and produced in the ’60s. Similarly, Dream On has the conventional intro and chorus line of a ’60s hit from the likes of the The Mamas And The Papas. Topped with stylistic Hank Marvin guitar it’s an easy listen and likely to be a hit with older and loyal fans.

Buried in what appears to be a typical Roxette album is the pared down Sitting On Top Of The World, in which Fredriksson and Gessle momentarily try their hand at something slightly more electronic, but nothing radical enough to challenge their overall sound or genre.

Ultimately, when it comes to garnering new followers, Roxette’s inability to break free from their stylistic bubble unfortunately leaves them trailing not just years, but decades behind their competition. And unlike Duran Duran, they don’t have Mark Ronson on board to help with quality control.