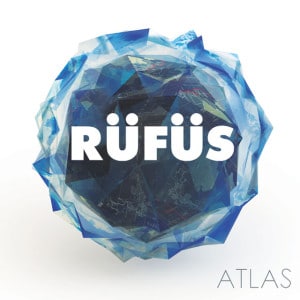 Lead single Desert Night is a lot groovier. It’s far more proactive in enticing you into a world of partying and celebutante shenanigans. If you listen close, there’s a sinister nu-metal streak – nothing really too dark, or at all metal-sounding, but it’s that polished animosity and dead-eyed irk. Which is odd, as the track doesn’t really need the burbling anger it occasionally conveys. Strange. The track’s pretty great though, and if it’s a toss-up between any other chart-nuisances peddling trite dance, and RÜFÜS, then it should be a no-brainer.

The previously unreleased cuts are also stellar – they’ve not done that age-old film trailer adage of whipping out the best bits in the advertising process. Sarah is a heartfelt desert-trance/4am Vegas outskirts number; it’s kind of skeevy, but still glittering. The vocals from Tyrone Lindqvist are in the sweet midpoint of bawling grief and coked-out apathy; it’s a strange semi-robotic delivery, but it definitely works to the band’s advantage here. Two Clocks, bearing more than a passing similarity to Chromatics‘ Drive OST offering (in the synths at least), veers between eurodance and electronica. It’s crammed with icicle stabs of melody, the crumpled cacophony of garage percussion and pwomping basslines – all vital ingredients for stunning, and original, dance music.

Taken as one product, Atlas is a seamless stream of hypnotic sound. This rigid adherence to a (mostly) singular pace/BPM could cause strife for some, and it is perhaps a kink that should’ve been ironed out, but it’s not enough to warrant really criticising the three-piece on. They do deviate every now and again, allowing room to brood or let loose, which ensures that your interest doesn’t waver and you don’t get fatigued from a barrage of Gatling-gun bass’n’drums. There’s a trend, but RÜFÜS do manage to colour outside the lines and toy with pace and rhythm occasionally.

Atlas is dance, but it is still very much pop. It’s less Tomas Barfod or Jon Hopkins or Laurel Halo than they would probably like, but RÜFÜS are endearing regardless. Someone’s got to fill the chart slots, and while the former are perhaps a bit too curveball to be mass-marketed, RÜFÜS have the potential to dominate the Top 10 with integrity and panache.

It’s a mesmerising style they’ve innovented, one that will make the idea of schlepping it to a discotheque seem like a pretty rad notion. Atlas is dance music, but it’s not a David Guetta-esque farce of rotating guest vocals, gorgonzola hooks and plastic beats. Rather, Atlas is straight out of the fridge; effortless, fluid like liquid mercury (though only about a quarter as deadly). Primarily though, regardless of the icy-cool aura, Atlas is a brilliant escapade through modern nightlife, from giddy start to rapturous finish.