Rufus Wainwright – All Days Are Nights: Songs For Lulu 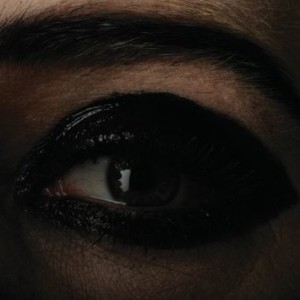 Rufus Wainwright’s career to date has covered so many genres and styles that it’s almost impossible to keep up with him. He’s veered from folky pop through to the magnificently opulent concept albums of Want One and Want Two, taking in Judy Garland showtunes and even an opera.

For his sixth album, it’s a decidedly ‘back to basics’ approach for him. Featuring just a piano and that famously theatrical voice, All Days Are Nights is a bleak, downbeat listen, all the more so when you consider that his mother, Kate McGarrigle, was dying of cancer when it was written and recorded.

The ghost of McGarrigle looms over the album, producing some of Wainwright’s most personal lyrics in years, although this isn’t an out and out confessional record. There are three tracks adapted from Shakespearian sonnets, and Wainwright has also recorded Les Feux D’Artifice T’Appellent, the closing aria from Prima Donna, his opera which had its world premiere in Manchester last year.

This won’t be to everyone’s taste, and it certainly takes a few plays to reveal its undoubted beauty. It’s inevitably intense, and does topple into pretension at times. Yet that’s just one of the by-products of listening to Rufus Wainwright, where the good parts usually outweigh the bad.

The rolling piano chords of Who Are You New York introduces the album, casting Wainwright as a pursuer of a mysterious figure across the landmarks of the Big Apple. It’s a bracing and evocative song – you can almost see the twinkle of the Chrysler Building – but with a strange sense of foreboding too.

Martha is probably Wainwright’s most personal song since Dinner At Eight – and where that Want One highlight saw him facing the demons of his relationship with his father, this concerns the sibling rivalry with his sister. It’s a beautiful track, with a heartbreakingly tender melody and lyrics that read more like an open letter than a song. Wainwright’s voice is at its best here, the sad yearning in the line “It’s your brother calling, Martha please call me back” almost unbearably poignant.

At other times, the album slips into the maudlin, as on Sad With What I Have, and its line of “how can someone so bright love someone so blue”. The atmosphere of sorrow and loss is almost suffocating, yet it ends on a hopeful note (“sad with what I have…except for you”) and references to the 17th century French literary folk-devil Bluebeard give it a typical Rufus flourish.

Give Me What A Want introduces a welcome, if temporary, jaunty air, with Wainwright’s expert piano playing sounding sublime, although some may find his vocal trademark of a deep breath before every single line to be a bit grating. It’s a technique he’s always used, although it seems more noticeable here than in previous releases.

The album threatens to sag during the second half, especially during When Most I Wink, A Woman’s Face and Shame, the three songs adapted from Shakespeare’s sonnets. While it’s an interesting experiment, the effect is slightly jarring – coming as it does in the middle of such blisteringly personal material.

But Zebulon, a simple tribute to his late mother, closes the album in beautiful fashion. The slow, portentous piano chords act as a backdrop to lyrics which could be the defining key of the entire project – “My mother’s in the hospital, my sister’s at the opera, I’m in love, but let’s not talk about it”. It’s a gorgeously sad song, up there with the best of Wainwright’s back catalogue.

Three years ago, Rufus’ previous studio album Release The Stars was described as his attempt to “go for the sound of cash registers”. It didn’t quite work out that way. All Days Are Nights is the sound of the man doing what he does best: bruised, tender, emotional and, at times, quite brilliant music.