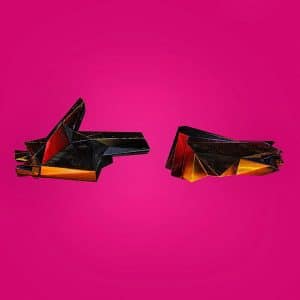 At a time of unprecedented civil unrest in the USA, modern rap’s most notorious duo return to set the world to rights. Run The Jewels have become beloved amongst modern-day backpackers, and have been been responsible for some of the best rap music of the past decade, and so this reviewer came in with high expectations.

Perhaps they were a little stung by the criticism of RTJ3 being overlong, for RTJ4 clocks in at under 40 minutes and makes most of its tracks short and sharp, a few words for the firing squad (radiation)’s dramatic build a notable exception. The record also seems to make a point of opening at its most abrasive, with yankee and the brave (ep. 4) sporting a jackhammer beat and fiery back-to-back verses (“I put that on Osama and my motherfucking mama / I’ma terrorize the actors playing like they want some drama”).

The collaborations are generally well-placed, 2 Chainz’s laidback flow contrasting nicely with the hyped-up pair on Out Of Sight (which incidentally features the best production on the record), and the fine balance that causes Pharrell and Rage Against The Machine‘s Zach de la Rocha to both fit coherently on JU$T is something to behold. Mavis Staples’ hook for pulling the pin is a little out of place, although it’s not enough to derail the song with its powerful verses from Jaime and Mike.

El-P’s production style has at this stage become so distinctive it feels like its own subgenre: sample stabs that bring to mind mid-’80s hip-hop, vintage analog synths, a consciously lo-fi aesthetic mixed with beats that draw from a diverse range of bass music. Check out the beat-switch on Holy Calamafuck, which trades a loose drum loop and sickly synth riff for dubby trap, snares and hi-hats dripping like icicles in a frozen cave.

Much has been made of Killer Mike’s prescient bars on walking in the snow (“You so numb you watch the cops choke out a man like me / ’til my voice goes from a shriek to whisper, ‘I can’t breathe’”) but the sad truth is that George Floyd’s murder is just part of a long, sorry saga of carceral societies and the wanton violence they provoke. Killer Mike and El-P have been speaking out about the deep rot at the core of the USA for their whole careers, and with this album they add several more tunes to a rich canon of protest music that will galvanise an oppositional movement.

Run The Jewels MP3s or CDs

Run The Jewels on Spotify