Saint Etienne – I’ve Been Trying To Tell You 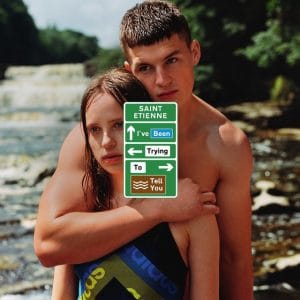 Do you remember 1997? The period between that and 2001? The time between the Labour election victory and 9/11 are probably the headline bookmarks, but it’s also worth noting it’s almost the same distance between other significant cultural milestones – I Know Where It’s At and 21 Seconds; Be Here Now and Is This It. Or maybe the deaths of Princess Diana and Aaliyah; the end of Eurotrash and the start of Electroclash. A post-Spiceworld wasteland where Westlife moped on stools and became the nation’s most popular entertainers, and Radiohead, sat there in the background taking everything far too seriously. A constantly shapeshifting Destiny’s Child went from wondering who will pay their bills to empowered survivors.

Everything was in a post- mode or pre- scene – the figureheads of Britpop were mostly having breakdowns and now dabbling in smack, The Beta Band were briefly fancied as the biggest new band in the country and the gently empowering radio fare of Savage Garden, Des’Ree, Travis and The Corrs made them the era’s biggest selling acts. In some respects, it felt like everyone was rounding up and counting down to the end of the century, that nothing new was really being taken notice of. Looking back, a mood of what has been culturally significant – since the Millennium Bug failed to wipe us all out – was in its infancy. That brief moment in time when things really did seem to get better, and optimism for the next century and the birth of a new government felt like anything was possible.

Saint Etienne are no strangers to looking back, much like they did in their Fake 88, (“Sigue Sigue Sputnik, Margaret Thatcher/ Toto Coelo, and Spycatcher”) in 1993, about a barely cold decade that was only just getting going as regards being remembered. But this time, or at least ’97-2001, now feels as distant as ever. In today’s non-stop forever, the pre-internet all-encompassing everything-at-a-touch or a search away age, it was only just 20 years ago when media was still predominantly analogue, and it feels as if the period immediately before the future turned up failed to fully make a record of itself.

For the trio’s 10th album, and ahead of the 30th anniversary of their debut Foxbase Alpha, I’ve Been Trying To Tell You may not be chokka with choruses or doofular pop strums, and it may have no discernible choruses, but it’s more a collection of hazy moods and a cache of refrains. Saint Etienne followers themselves would be able to point out numerous occasions over their three-decade catalogue where they’ve made a turn into different pastures. In fact you could pull out various tracks and signifiers along the 30-year voyage that work as I’ve Been Trying To Tell You’s own musical ancestry.

Recorded by the band members individually and over Zoom over the last year, as times demanded – together alone – it’s the first time they’d not been together in a studio for an album’s recording. Much has been mentioned about how this album sees the Etienne returning to samples, and while it’s not quite so obvious on this occasion, it’s interesting that the sources come from less predictable – and mostly ’90s – places, such as Fonteyn’s use of Lighthouse Family’s bloody marvellous Raincloud; Pond House unearthing Natalie Imbruglia’s Beauty On Fire; the intro of Samantha Mumba’s ’Til The Night Becomes The Day becoming a delicate motif of Little K, as does a pitched down element from the mayfly trio Honeyz’ Love Of A Lifetime on Music Again. The Lightning Seeds-sampling Penlop has an Avenue-ish air, and is possibly the nearest to an immediate, conventional song here.

There are also field recordings from Hove, Shipley indoor market, Torhouse stone circle, Wigtown and the unbombable, seaside-town-trapped-in-aspic of Felixstowe, all in the mix too. An accompanying film has been directed by photographer Alasdair McLellan which connects the music, gliding through the British Isles with images of gorgeous young beings raving slow motionly, skimming stones across water, blowing bubbles, snogging in cars, giddying about under waterfalls, and motorways and chip shops and illuminations as a harmonic counterpoint to both music and visuals of an almost elegant feel of ’90s boredom, part nostalgic reverie and part art installation.

There’s no sudden rush or instantaneous hit, but that’s not the point. Its hazy, dreamlike and enveloping charms unfold anew with further layers of melancholic woozy, summery beauty each time, as you contemplate about contemplation. As it all forms into focus, and the dots connect, you’ll find that I’ve Been Trying To Tell You is yet another fine addition to Saint Etienne’s soundworld.