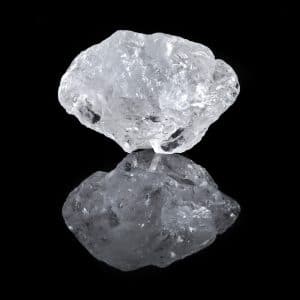 A veteran of the post-rock and chamber music scenes of Canada, Rebecca Foon’s career has taken a fascinating path. The cellist began what would become an ostensibly roving root through music with post-rock outfit Thee Silver Mt Zion Memorial Orchestra and later Set Fire To Flames. Eventually, she founded her own chamber-rock group Esmerine. But it seems to be as Saltland, her solo project, that she has found her voice. On her second record under that moniker she has managed to amalgamate her two passions; music and climate change activism.

Foon is a member of the Sustainability Solutions Group, and a co-founder of Pathway to Paris, an organisation that raises awareness of the need for an international climate change agreement through concerts. On A Common Truth she has filtered a cause that she cares deeply about through her considerable musical talents.

Given the weighty issues she has tasked herself with, her approach is humble. The record primarily comprises cello and her voice with the occasional input of a certain Warren Ellis, who provides pump organ, violin and loops on the project. The outcome is bountiful and expansive. Foon eases the listener in gently, beginning with the instrumental track To Allow Us All To Breathe, whose foundational hum supports her exploring and contemplative cello. Where the music might be hazy in its implications, the title is not.

Foon really sets out her stall on I Only Wish This For You. She sings, “How to break this vicious circle of greed/I fight transformation/I only wish this for you,” with a voice that has a misty yet clear quality, and the complexity and drama of her cello matches that of her given subject. On Light Of Mercy she asks, “How did we get ourselves here?” and, whilst vocally the track is melodically beautiful, musically it is foreboding. She crafts a complex and dense soundscape so rich in detail that repeated listens always reveal further treasures. Much like I Only Wish The For You the piece builds layer upon layer becoming increasingly pressing, which perhaps reflects the ongoing refusal to acknowledge and address the critical issue of climate change.

For all the beauty on this record – and it is awash with it – this isn’t some fey attempt at political engagement, and Foon often reveals a more angry and violent side, most notably on the title track. A Common Truth brings with it waves of terror-inducing strings and doomsday atmospherics that deniers will find difficult to ignore. And unlike Oliver Coates’ cello transformations on Upstepping, she rather fittingly keeps her manipulations more organic. None more so than on Forward Eyes where she manages to make the instrument sound like it’s making a desperate plea.

With Forward Eyes II she leaves us with the most soothing and hopeful track that feels like light breaking through the clouds following a storm. During A Common Truth Foon guides you through a tempest, and then points you in the right direction with a tentatively optimistic wave. The album successfully shifts between fatalistic mourning and a pragmatic resolve towards optimism, capturing all the problematic and uncomfortable truths surrounding an environment in crisis. This is a quietly powerful, and intensely beautiful, record whose contemplations will bed themselves in your mind and hopefully move you towards caring about the issues raised as deeply as she clearly does.