Sam Lee – Ground Of Its Own 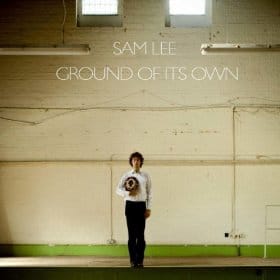 For all the standard faults of the Mercury shortlist, one of the most pleasing aspects of this year’s prize has been the recognition given to some of British music’s most independent and enterprising artists. Not only have the judges finally recognised the sheer resourcefulness and determination of Sunderland’s Field Music, but they have also highlighted the impressive self-reliance of new folk artist Sam Lee. Lee has been running gigs and generally evangelising for a range of innovative traditionalists in his superb Nest Collective for about five years now. He also lived a fascinating double life, combining burlesque dancing with researching the rich history of English folk music, both in the archives of Cecil Sharp House and through meeting with members of the traveller communities.

The result of all this studying is far from being an album stultified by respect and reverence. It is clear just how much genuine love Lee has for these songs, but he has also aimed to create a truly contemporary folk music – a reminder that songs can live and breathe in a variety of contexts. His choice of instrumentation is consistently creative, and he seems to be as interested in sound and texture as he is in words and melody (hence the presence of a variety of wind instruments, percussion and a shruti box for drone effects). Many of these pieces have a nimble, fleet-footed feel to them, not least the slow building magnificence of On Younder Hill, where Lee’s sensitive vocal seems to be subsumed within a wider tapestry of sound involving gamelan-esque percussion and improvised trumpet lines. It’s an intoxicating concoction.

Throughout, Lee’s voice feels honest and unaffected, and he brings a new charm and mystique to these age old songs. While his delivery feels natural, the musical accompaniments are often startling and weird, sometimes even purposefully jarring. The Ballad of George Collins is delivered as something akin to an acoustic rave anthem – with jew’s harp and, eventually, an insistent four to the floor pulse. The most curious juxtapositions occur on Wild Wood Amber, which borrows from Massenet’s Meditation from Thais as well as a number of ballad sources. The result is a disorientating mesh of traditional styles that ends up sounding wildly avant garde.

One of the bravest and most personal performances here is The Jew’s Garden, a song once used as anti-semitic propaganda to instigate pogroms, but which Lee reclaims as a reminder of history’s brutality and persecution and a warning against it happening again. It’s a dark song, given an appropriately menacing and uncompromising treatment here. As throughout the rest of the album, Lee’s attention to detail in the arrangement is commendable.

This is an album that deals in both violent and emotionally painful territory, but which also comes bathed in hope and compassion. The quirks in the arrangements render these songs idiosyncratic and challenging – but this is a record that amply rewards repeated listens. Lee is a confident and assured musician able to inhabit his source material both with care and with authority.