Sam Smith – In The Lonely Hour

by Laurence Day
published: 26 May 2014 in Album Reviews
Tweet 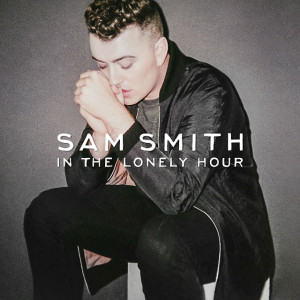 Touted as the “male Adele” – an interesting flip of gender comparisons, there – Cambridgeshire’s man of the hour Sam Smith couldn’t be in a better position to obliterate this summer. Dominating the music press since his inaugural chart jaunts with Disclosure and Naughty Boy and subsequently winning coveted gongs – the BBC Sound Of 2014 and the Critics’ Choice at the BRITs – he’s become the UK’s commercial breakthrough artist du jour, and has festival stints lined up nationwide that last year would’ve been no more than sordid fantasy. But going from zero to hero is no biggie, not for Sam Smith. Meteoric rise? Pshaw. Cosmic expansion, more like.

But, as the late, great Uncle Ben (from Spiderman) once said: “with great power comes great responsibility”. The hype vortex has swallowed Smith, torn him asunder and rended his heart in twain; can he rise forth and prove that he’ll not succumb to expectations? Is his much-awaiting, eagerly-anticipated debut LP able to stand up against his supernova stardom? In The Lonely Hour arrives with so much baggage, in every sense bar the literal one.

First off, the neo-R&B, soulful pop is grand. It’s a well-worn genre of late, with many hands dabbling in the chic, retro croon and ’90s heydays, and it works for most. Sam Smith wears it well – he bellows with conviction, warbles like a modern-day Anastacia, and often slinks into slick dance territories. It’s great. Where it becomes mindblowing will be a point of contention. As with Hurts, Smith’s power comes from the richness and overblown nature of the sound. Smith’s album is anti-raw; it’s hi-fi, polished like a mafia don’s wingtip. It’s ham-fisted, inflated and pantomimic on occasion – but make no mistake, that’s his charm. Pop is, or has the propensity to be, by its very nature, bloated with emotion. Overwrought, overthought – every lyric dripping with boyband fist-pump and wincing agony, every line delivered with falsetto and vibrato. Swooning strings, maudlin roll-credits end-of-rom-com anthemry permeate every second. In short, yes, it’s cheesy.

It’s also utterly, utterly fantastic. There’s an argument to be made that less is more, but when you plump for explosive emotional statements, you want rocket-powered hooks and gospel choirs. You want stadium-filling loudness and a chintzy heart-string tug. Understated pop is for lesser mortals, it would appear; Sam Smith, he goes the whole hog. Granted, it can be fatiguing in the long run, but as with most pop albums, it’s a collection of singles as opposed to a cohesive artwork with entwined narratives. This is primed for short, sharp, surgical blasts of nuclear passion.

Good Times is all ’60s strings and acoustic flutters. If you’re a fan of classic soul piano balladry, or Emeli Sandé, you’ll love Stay With Me, in all its unabashed tangy stilton glory: “I don’t want you to leave, will you hold my hand?/Won’t you stay with me, ’cause you’re all I need.” Life Support has a tad more modernity to it, with lolloping dubstep beats and indie-rock guitars, but it’s still definitely a Sam Smith ditty. At its root, In The Lonely Hour is a collective ode to love (or more accurately, heartbreak) – Smith did say he wanted to write this album for all those who’ve never felt love’s gentle caress (although he said it less flamboyantly). These are all the kinds of songs with simple enough lyrics you could cram them into an MSN screen name, surrounded by little broken heart emojis. But again, that’s all brilliant, if it’s the kind of thing you’re into. The schmaltz’ll be too much for some, of course.

It’s not a record you’ll need to peer to long at, or rummage around for hidden subtexts. It’s not an album with depth. It’s universally accessible, and it’s the kind of pop that has the potential to dominate the charts and win over hearts during festival slots. Sam Smith is big for a reason, and has certain expectation attributed to him. In The Lonely Hour doesn’t buckle under that, it succeeds despite it, and will cement Smith as a bona-fide UK icon.