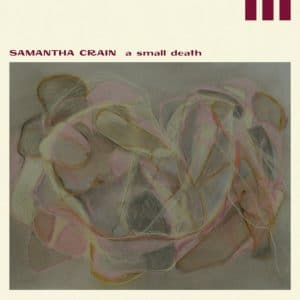 Music made in adversity can be the most meaningful of all. It is tempting to go back to the classical greats for stories of dreadful ailments – Beethoven’s deafness being the obvious example – but you only have to experience the most recent album from Oklahoma singer Samantha Crain to get a wholly inspiring story of strength in adversity for this age.

Crain suffered an almost incomprehensible trio of car accidents in 2017. Already wracked with tendinitis, she lost the use of her hands. Suffering what she has called “a full-on breakdown”, Crain experienced depression and numerous panic attacks as just two of her alarming symptoms. Rather than take this as a signal to stop making music, Crain made it her life’s objective not only to recover the use of her hands, but to bring them back to guitar-playing condition and ultimately write music again. A Small Death confirms the achievement of those goals in a remarkably short space of time, recorded and released as the first album on Lucy Rose’s Real Kind label.

It would be easy to award five stars on those achievements alone, but crucially the musical content and its emotive delivery speaks louder than any review ever could. The songs, not surprisingly, are shot through with deep feeling, with Crain’s regained ability to make music of great intensity from relatively small means.

She wastes no time in confronting her struggles. An Echo, the first track on A Small Death, is a vivid, first-hand account of a visit to her mother in prison. “She is asking what’s the matter as we stare into the vending machine”, Crain sings with devastating precision, asking, “could someone look me in the eye”? The third verse is piercing in its intensity. “But then became the summer, when my hands appeared so useless, I felt like a little baby and my pride evaporated like the water in a skillet”.

Such beginnings give an idea of the issues at hand, but A Small Death sets about its task with enormous resilience, power and not a little colour. High Horse speaks of more life lessons learned. “I know the shape of a great heartache, I know the weight of a big mistake”, sings the resonant voice, with searing and knowing precision. It burns an unforgettable image into the mind, especially when complemented by the clarinet, a positive presence throughout. On songs like Joey – ‘I don’t feel like that bird any more… I don’t see through those eyes anymore’ Crain has the courage to pare down the instrumentation and let her vocals do the talking.

It is not all bleak news, however, as the recovery stages are also documented. Pastime feels the joy of musical rediscovery, exclaiming how “it feels like you were always there”. Tough For You has a positive musical outlook, tightening its jaw as the author looks beyond her own situation to being available for others again, while Little Bits lets its hair down in pure affirmation.

Listening to this album has the feel of a gig where you are the only audience member. It could potentially be an uncomfortable experience, but Samantha Crain’s lyrical and musical honesty ensures it is far greater than that. As she pours out her soul, there is renewed respect at her strength of mind and resolve, channelled through memorable, delicately shaded music. For deep and lasting inspiration, A Small Death is hard to beat.