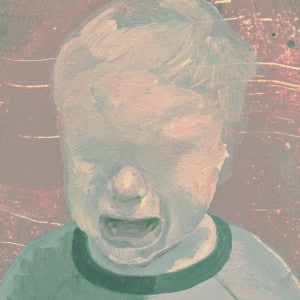 Certain people should love Samaris, a trio who somehow manage to bundle everything trendy on the bearded fringes of pop into their sound. The band are Nordic (from Iceland), precocious (still teenage), have an excellent taste in knitwear and are heavily indebted to acts like The xx and James Blake.

To put a cherry on the hipster cake, they’re surely one of the only bands around to foreground so aggressively the use of a clarinet. Samaris, a British release of two Icelandic EPs in one set – Hljóma Þú (2011) and Stofnar falla, recorded at Sigur Rós‘ Sundlaugin studio with Gunnar Tynes of múm (2012) – plus a couple of remixes, very nearly delivers on the promise of the band’s unique identity, but not quite – the muted electronica underpinning the album is occasionally unconvincing and at times the band take short cuts on the way to creating atmosphere. But there’s a lot of promise here, and the forthcoming album of original material is one to watch out for.

There is a clear and coherent vision evident in Samaris’ music. There’s an undeniable mystery to the songs, helped as far as the Anglophonic listener is concerned by the fact that they’re sung in Icelandic. The short-cutting tendency, however, is most evident in the amount of echo used on every track. Samaris sports a heavy-handed, almost clumsy production. The mistakes are forgivable for a band as new as this, to be sure, but they won’t be on a first album-proper. It was precisely the startlingly assured and light production that elevated The xx’s first album to great heights. Samaris, as a set, too often seems lazy by comparison.

The percussion is occasionally obtrusive, too. To describe Samaris’ sound as ‘Echoey whisper-singing over thumping, half-time bass’ would be an accurate short-hand description, although it would fail to give the band half the credit they deserve. Again, what’s missing is the light touch of a Jamie xx or James Blake – the top half of Samaris’ sound is too airy to justify the overbearing weight and solidity of its foundations. The beats on the record would benefit from variation, too. Too often, quite different songs feel repetitive, tied to the same basic rhythmic idea.

For all this gloomy dwelling on flaws, there’s a lot to like on Samaris. Third track Góða Tungl steals Fever Ray’s vocal filter (or something like it) to colour a winding, strange melody. The effect is put to slightly different use, however: where Fever Ray was all black claustrophobia, Góða tungl is lighter, more dusk than midnight music. The music of both could be used to soundtrack the witching hour, but Samaris’ is less disturbing than Fever Ray’s, pointing towards enchanted, liminal spaces rather than the dark heart of things. And welcome musical variation does finally come on final track Kaelen Mikla, which uses Eastern-sounding melodies to arresting effect. The use of a pan-pipe-like synth might be further evidence of a lack of imagination, coming on as it does a little thick, but nevertheless Kaelen Mikla does what every final track should, and sticks in your ear.

Perhaps Samaris was bound to seem a little repetitive: EPs benefit from cohesion and coherence, rather than variation and stylistic experimentation between tracks. As two stuck-together EPs, then, perhaps the set might be taken better as a promising if flawed articulation of a vision yet to fully flower. With a little more sonic self-awareness – the band need to look at their work so far with a critical ear while making their album – Samaris could be very good indeed.