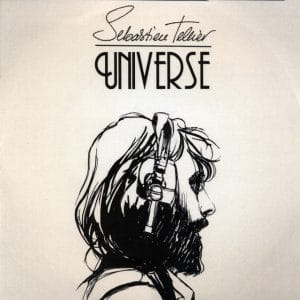 A breed still curiously limited, fans of Sébastien Tellier will be familiar with much of UK-only release Universe’s track listing. With a number of songs already appearing on 2001’s L’Incroyable Verite and last year’s Politics, and two run-throughs of signature tune La Ritournelle, the casual observer could easily assume that Universe is another exercise in treading water.

However, this smartly-dressed observer is pleased to declare Universe, Tellier’s most focused work yet. Gone is the dilettante of Politics, the bewildering stylistic shifts seemingly a thing of the past. Rather than seeking out brave new worlds, this release seeks only to explore the inner universe of the soul. And it’s all the better for it.

Curiously though, much of Universe is culled from sessions far-and-as-wide as though that birthed previous collections. Indeed, the European ‘Sessions’ album featured much of these candle-lit recasts of Tellier specials, although losing the Gitanes-up-the-gallic-nostrils pencil sketch of the Sessions album is no bad thing.

Blessed with an abundance of stars, Universe’s darkly-shaded sunspots are many. The title track alone is a stark example of the album’s sorrowful gaze into the infinite. Despite the dominance of the downbeat, an analogue afterglow of warming hiss provides all the necessary accompaniment to Universe’s brow-furrying.

Karmic counterbalancing of joy and pain is never far away. Both Broadway and League Chicanos achieve the ache aimed for and missed on Politics. In what could be something of a third companion piece, Black Douleur is another vehicle for Tellier’s breathy vocalisms and rolling piano style. Nina Simone hovers ever-ghostly.

Though a cover, La Dolce Vita fits well into the thematic mood. Something of a centrepiece, Tellier’s voice is rarely so high-registered and reverent in this sensitive tribute to Christophe (Tellier’s favourite French singer). Hard to believe that gizmo-bombastic Jean-Michel Jarre had a hand in co-composition.

Though Tellier’s voice remains beautifully expressive throughout, part of Universe’s charm lies in the interludes of instrumentals. Much denser affairs than the late-nite confessions of the vocal-led numbers, diverting detours like La Ballade Du Georges and Le Long De La Triviere have all the pensiveness of a head-clearing drive through the urban highways and byways in search of distraction.

Dixi motors agreeably along, offering a little more light relief with its bumping rhythm, but the dark side calls once more for the gothic Classic and the spare Fantino. The inclusion of two mixes of La Ritournelle, more ‘engineered’ than any other track on the album, surprises by sounding surprisingly fresh. Both Mr Dan’s mix and the ‘bare-boned’ mix are hard to tire of, and merit yet more airings. Only on Le Demon Pupkin does Tellier’s inherited Prog instincts get the better of him. Heavy-handed where the rest of Universe is delicate, Le Demon Pupkin is a rude reminder that Tellier hides a cape in his closet.

It’s a mark of Universe’s greatness that this remains the only quibble. Universe marks itself down as a record to set aside when torn and frayed nerve-endings need a becalmed echo.