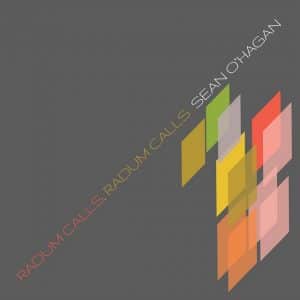 The last album by The High Llamas, 2016’s excellent Here Come The Rattling Trees, may have shared musical similarities with its predecessors but it was quite different in terms of origin and purpose. It was written for a theatre production of the same name but the relative lack of response to this courageous attempt at something new caused a period of self searching for High Llamas frontman Sean O’Hagan. The reformation of his former band Microdisney in 2018 to play some shows to commemorate their The Clock Comes Down The Stairs album provided a temporary diversion but soon new songs were formulating. The result is Radum Calls Radum Calls, O’Hagan’s first album released under his own name for almost thirty years.

It’s an exquisite, softly delivered wonder of an album which contains many of the things that he’s excelled at over the years while leading The High Llamas. Piano, synths, strings, harp and nylon string guitar all combine majestically to create paths that may have partially been wandered down before but are not any less sumptuous or nourishing.

Candy Clock opens the album, the first of three songs to feature O’Hagan’s Microdisney bandmate Cathal Coughlan on vocals. He imparts his lines with a grandiosity that compliments the extroverted synths that abound. Coughlan also appears on the lingering, creamy ballad McCardle Brown, which is another fine example of O’Hagan’s strength in writing well-crafted songs about distinctive characters. It also sees O’Hagan revisit the fizzing background electronics that served him so well on classic High Llamas albums like Cold And Bouncy. It shows the concept of ‘antique futurism’ is still alive and well. Similarly, On A Lonely Day (Ding Dong) may have a simple melody and lyric but over the course of the three minutes it is infused with a depth and wispy loveliness that makes it impossible to resist.

The album is interspersed with short instrumental interludes that make it an even more varied and engaging listen. Better Lull Bear contains some of the best baroque exotica he’s laid down to date and Clearing House is an exemplary excursion in serene psychedelia. The title track is reflective and mildly melancholic while album closer Calling, Sending has a deconstructed, library music feel.

At times it’s like being in the presence of a valuable fragile ornament you want to simply admire and preserve. Moments like these also show it to be a highlight tactile album. If it was a fabric it would be the softest of cotton, the most gossamer of silk, the most brittle of linen.

I Am Here and Take My Steps both reprise another classic High Llamas trait, namely that of incorporating harmonising female vocals to beguiling effect (one of the voices is O’Hagan’s daughter Livvy). Both also have considered string arrangements (something you’d expect from someone regularly called upon for his work in this area). The Paykan (Laili’s Song) is gentle and svelte and almost has a fairytale feel while Spoken Gem is modest and unassuming.

It’s an album best fully inhabited, a place to seek (and find) solace inside. It also feels like an album that could not be produced by a ‘new’ artist. It’s the culmination of ideas being slowly refined over a period of years and a careful merging of a wide range of musical influences. In short, it should ensure he never need doubt his musical standing again.