by Thomas Ingham
published: 1 May 2013 in Album Reviews
Tweet 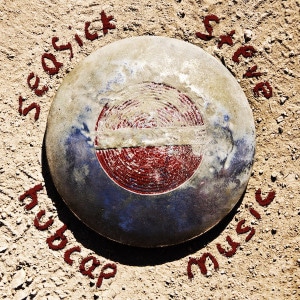 Making his way to the big time in 2006, Seasick Steve‘s story is one of music’s greatest tales. After suffering abuse at the hands of his stepfather, he spent some of his early years living rough, then going on to a life of busking and occasional studio work. He’s not the first to travel along this road; Meatloaf, believe it or not, was also homeless. But no-one struggled for as long or as hard as Steve Wold.

Hubcap Music is Wold’s fifth solo album, and in many ways could prove to be the toughest to sell. Although he has proven himself as a unique blues artist, he is still thought of as novelty/cute, if not slightly scruffy looking; an image which he is still peddling despite being rich enough to get that beard taken care of at the salon.

Gravelly motor noises introduce first track Down On The Farm – appropriate, considering one of his guitars consists of little more than “two hubcaps and a hoe”. It’s a typical, head nodding, uncouth blues track that fans have come to know and love, with a Lindsey Buckingham-esque vocal/guitar solo that has become something of a trademark sound. As an opener it’s frustratingly safe, and a bit of a red herring as this album is far more diverse than this track would have you believe.

Over You is a beautifully refined acoustic number backed by a solid beat, showcasing the sophisticated side of Seasick Steve. Lyrically it’s quite sweet: “All the kings’ horses, all the kings’ men, can’t put a broken love back together again.” With mandolins and several acoustics, the track has a slight whiff of the Led Zeppelin about it – which is no surprise given that John Paul Jones himself is bringing some groovy low end to this record, just one of the big names to feature on the album. Having worked with Jimmy Page, Jones will be able to appreciate the sloppy guitar work on Self Sufficient Man, an autobiographical track touching upon his troubled upbringing: “Been taking care of myself since I was 13 years old.”

If that wasn’t enough star power, the former hobo has managed to bag Jack White, a blues/rock pioneer in his own right. The Way I Do features his unmistakable screeching guitar tone that set him apart from the pack.

As may have been expected there are a couple of fairly forgettable tracks that feel repetitive and uninspiring. Freedom Road, Hope and Keep On Keepin’ On are by no means bad songs, but he’s done it all before, and done it better. The riffs are rudimentary and provide ammunition to those who call him a ‘one trick pony’.

Coast Is Clear is undoubtedly the highlight of the album, featuring soulful horns and smooth organ sounds that give the track a vintage vibe. It’s a departure from his usual rough and ready sound, but he’s able to pull it off convincingly. The vocal is really strong here, with Wold also treating us to some falsetto – he really does shine on this lush and layered track.

The big names are inevitably going to draw the headlines on this record, but looking past that, Hubcap music shows once again that there’s more to this dog than meets the eye. The blues boogie tunes aren’t quite up to par, but it’s still a goody bag filled with enough treats to please fans.