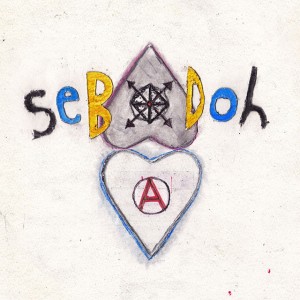 Most music reviewers don’t actually like to be punched in the face, and in the process of avoiding such assaults from frustrated readers, it’s usually wise to indicate not just whether an album is any good, but what it sounds like – and by this, of course one means who it sounds like. But the problem is, this game of spotting influences and little lifts allows a disproportionate and unfair impression of unoriginality and dishonesty to rise unbidden through one’s more considered opinions.

And this is why listening to a Sebadoh album is such a welcome change, for any apposite comparisons form a list not of influences, but the influenced. For virtually every band you can hear in this album – a touch of early Idlewild here, a Weezer groove there, a piece of Pavement elsewhere – owes a debt to the lo-fi pioneers. And after 14 years of inactivity, it’s time for them to take a little well-deserved credit.

Defend Yourself isn’t quite the “show them how it’s done” bitchslap that it could have been, but it’s an assertive, confident, and arresting record with much to recommend it, if little to fall in love with. For all their lo-fi origins, it sounds great; taut and tight with just enough air for every dense, baklava-like layer of guitar to breathe on its own, all underpinned by Jason Loewenstein’s grubby, grinding basslines.

It starts as strongly as it ever gets, as I Will introduces the pervading lyrical theme – Lou Barlow’s recent divorce after 25 years of marriage – with the freshest, most uplifting melody of the record, somewhere between Guided By Voices and the airy grace of the Super Furry Animals. State Of Mine touchingly addresses Barlow’s parental anxiety, claiming that “to let the let the children go… is the hardest thing I’ve ever done, and I haven’t even done it yet”, yet remains a proper old toe-tapper of a tune.

That surprisingly sprightly tempo is in evidence throughout – even Let It Out, the most personal track (Barlow’s vocals seeming uncomfortably close to the ear), skips along briskly to a gentle country polka beat. The Primus-esque Inquiries goes even more rural, combining thigh-slapping hillbilly rockabilly with convoluted guitar lines, though the effect is more interesting than rewarding. And the quality dips even more for Oxygen, which you could sing R.E.M.‘s Bad Day on top of without anyone noticing anything amiss.

Defend Yourself is an album of great pedigree and huge experience, both of life and music. It’s well crafted and well paced, and features more than enough discordantly catchy riffs (at least two corkers in Beat alone) to sustain the listener’s interest. But for all that, it’s an album dusted only lightly with genuine greatness.