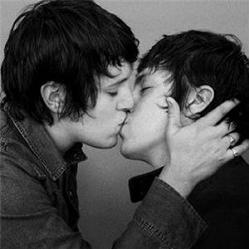 SebastiAn already feels like something of a veteran of the Ed Banger sound, a producer renowned for his thumping, no-nonsense beats and glitchy funk. Yet remarkably, after a remix compilation and a soundtrack, this is his first album proper.

If Ed Banger needed to give an indication of where their sound is at right now, then SebastiAn is the guy who provides it handsomely. For sure he has the Daft Punk-isms – the filtered funk, the slamming down of beats on to the floor – and he has some of the Justice technique, too, the punchy guitars and distortion – but he has more besides in his arsenal.

He demonstrates this through a restless approach which means the album does not sit still for any length of time, flitting restlessly from one style to another and embracing funk, soul, house and breaks as it does so.

He seems to have a short attention span, too – some of the songs are round the two minute mark – but this makes for a record high on thrills and spills, with athletic bass lines, concrete beats and cleverly filtered hooks that draw from the acts referenced above but which add a personality all of their own.

In this respect he most closely resembles label mate Mr Oizo, throwing in a funky loop here, dropping a bruising beat there – and the highlights keep on coming. Ross Ross Ross has a remarkably nimble bass line, its beat seemingly hewn from concrete. C.T.F.O., featuring M.I.A., has the requisite shock tactics but also the catchy riff to back it up. Love In Motion, the only other track with a vocalist, finds Mayor Hawthorne pedalling the funk, while Doggg adds that bit of extra distortion that Sebastian loves.

There may be only two vocal tracks here, but it’s the music that does the talking, with never a dull moment to be found – and plenty of tracks that are shot through with appeal and adrenalin. With Justice due back with an album of their own later on this year, 2011 is the year for Ed Banger to step up and realise the potential they’ve been suggesting all along.