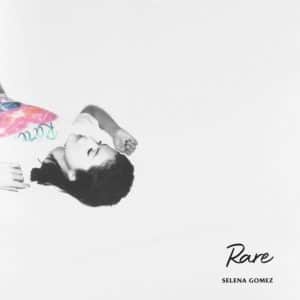 The intervening years since Selena Gomez’s 2015 album Revival have seen the singer endure some well publicised health issues as well as a high profile break-up. So it’s pleasing to see she’s reasserting herself as a pop star of premier league proportions on a hugely accomplished and endearingly hopeful collection of vibrant pop.

Rare is an album that defiantly looks forward and is rooted in positivity. Not one to wallow, Gomez would prefer to dance away her heartache. The result is a collection that offers a perfectly balanced mix of exuberant bangers, like the sashaying carefree ebullience of Dance Again, mixed with down tempo slow jams like Kinda Crazy that offer numerous subtle and compelling melodic twists and turns.

Gomez similarly expounds the notion that love is the drug, and on the playful Fun she emphasises this in the clever and knowing lyrical style that is the hallmark of the record. “This is just what the doctor ordered,” she sings, before later going further with “You get me higher than my medication”. Of course it’s not all sweetness and light and that makes the album’s one true ballad and Number 1 single Lose You To Love Me so powerful. Here is a single that deserves to be recognised as one of the best ballads of the modern pop age, for its stately grandeur and piercing glacial beauty stands out like a beacon here.

The album has been worked on over a long period, and Gomez can even afford to leave off cuts like her critically acclaimed über-banger from 2017, Bad Liar. Very much an ensemble effort, the album is led by Gomez in the image that she wants to project, aided and abetted by some close collaborators who understand what she’s trying to say.

The best moments are writing collaborations with esteemed current song writer du jour and artist in her own right Jula Michaels, while a whole wealth of other producers and writers chip in, including notably Billie Eilish’s brother and producer Finneas on Lose You To Love Me. Featured performer credits from rapper’s 6lack on Crowded Room and Kid Cudi on closing track A Sweeter Place are nice to have, yet they don’t particularly add much to record whose prime attraction is Gomez’s character and dynamic pop spirit, in full flow throughout.

With so many people having input it’s remarkable the album is so coherent and lucid in its defined sound. The sonics are very much in keeping with contemporary pop’s current trend for quieter, more subtle dynamics, and Gomez’s soft and supple voice rarely belts it out. She doesn’t need to. Here, she’s in masterful command of everything around her.

Rare is an album about liberation and finding your own path and Gomez sounds more confident and bold than she ever has. Times may have been tough, but she’s emerged out the other side, and is now ready to fully express herself and take her music to the next level. The record she has delivered to kickstart a new decade is a career defining release, and from a pop star who is firmly back on top of her game.