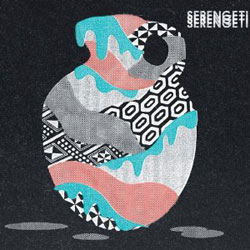 Serengeti is a storyteller. His beats are miniaturized to paper-thin stumps, his voice is always pushed to the very edge of the mix, and he shifts guises so often it’s honestly difficult to know when he’s being autobiographical or entirely fictional. The Chicagoan rapper’s brand of hip-hop is alien to mainstream traditions, but they find a perfect, almost redundant home on the gleefully weird Anticon imprint – his streamlined storytelling coming together as a craft that’s short on singles, but deep on heavy-set attempts at profoundness.

It probably doesn’t need restating that Serengeti isn’t dealing with happy characters; we have a son shooting up with his estranged dad, a genuinely perturbing tale of a schizo 30-year-old living a double life between his mystified wife and his naïve teenaged flame, a resonating saga of an aging, never-quite-there UFC fighter, and several truck loads of girl problems. These songs work in the way cinema and playhouse works, creating little universes to ponder, people to analyze and cryptic ideas to discover, the music is soft to the touch, but also very visceral. In a sense he resembles a hyper-literate versions of Eminem’s most direct moments – the songs leave a lot to think about, not for the hook or the critical value, but simply through the ride the words. Serengeti is an expert of engagement, he makes a deliberate attempt to emphasize the lyrics over everything else.

However, that emphasis can be a little limiting. The music here, crafted by flagship Anticon institution Yoni Wolf, is all specifically understated – sometimes, like on PMDD, or Long Ears, it’s pure wallpaper. It’s all restrained for Geti’s narratives to shine, but an album set on stories this linear doesn’t necessarily have a long shelf life. Once the gist of these concepts are settled, there’s little reason to revisit – sure the concentrated focus of his imagination is admirable, but it’s clear that Family & Friends is worth it’s weight for the yarns, not the music. Of course Serengeti hardly ever slips up (the lone exception being the entirely too overwrought California,) but at times it feels like he might as well have put together a spoken word record.

None of this makes Friends & Family a bad album, just non-traditional – it approaches the conceptual idea of hip-hop in a way that completely removes its danceable roots. Such is the operandi for plenty making ‘serious’ music in rap – but even the most avant-friendly icons, like Yoni or Busdriver or Aesop Rock have definite pop-minded goals. With Serengeti you’re never going to come across a shout-back audience-pleaser chorus, or even much of a climax; he’s neck deep in his own inwards-pointing poetry to concern himself with those unpretentious norms. His dedication certainly pays off, Friends & Family grabs ears almost immediately – but as his tropes wear down, it can’t help but feel a little hollow.