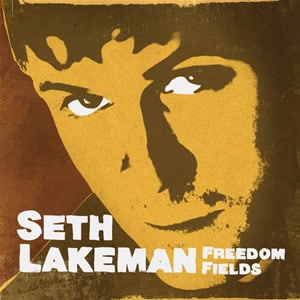 For many mainstream music commentators, the inclusion of Seth Lakeman‘s second solo album Kitty Jay in the 2005 Mercury Music Prize nominations seemed to be something like a shock. Folk music? they’d say, pointing out that the releasing label, the fabulously named I-Scream, was actually the artist’s own. And who is he again, did you say? From where?

Lakeman, it would transpire, was a young man (a folk artist in his 20s! Heaven forfend!) who had circumvented the boundaries of folk music with his violin, guitar, emotive vocal style and lyrics dealing with battles hundreds of years past, romance and seafaring mariners with a penchant for ales. His music, more roots than folk and infectiously rhythmic, would go down well at everything from celidahs to Levellers support tours. And he’d recorded Kitty Jay in a kitchen for £300. Not that anyone could have guessed that from the recording’s quality.

The nomination – the prize eventually went to Antony and the Johnsons – boosted Dartmoor-based Lakeman’s profile in influential circles well beyond the stereotypical but still substantial folk scene. But through all this he was already embarking on a follow-up, once again recorded on a shoestring with brother Sean Lakeman twiddling production knobs.

Freedom Fields is that third record and, astonishingly, it is every bit as compelling as its predecessor. Sticking to the successful formula of Kitty Jay this record marries together a minority of traditional songs, arranged by Lakeman, with a majority of his own compositions. Throughout, his storyteller voice, with its regional lilt, demands the listener’s attention, whether duetting with the haunting Cara Dillon on the touching declaration of love for a maiden King and Country, or the pulsing, fiddle-led closer Riflemen Of War.

There are nods – at least to these ears – to some of Lakeman’s heroes. The Setting Of The Sun shares much of its arrangement with Levellers’ The Boatman, while historical epic 1643’s vocals particularly remind of Fairport Convention. Only in the intro to Childe The Hunter do we head into the folk-lite territory occupied by Capercaillie, for the rest of the record – and that song – places rhythm to the fore.

A bonus CD of just two tracks shows off why seeing Lakeman live is also necessary. In front of an audience he speeds up his tempo to a frenetic pace that’s utterly irresistable, exemplifed here by Ye Mariners All, from his debut solo album The Punch Bowl.

Seth Lakeman could be the folk artist for people who think (but rarely know) that they don’t like folk music. He could be the songwriter that puts English back into England and reminds a country that our musical heritage did not begin and end with Lennon and McCartney. He could be so much, but he is so much already. Essential, for starters, on the evidence of Freedom Fields. Roll on album number four.