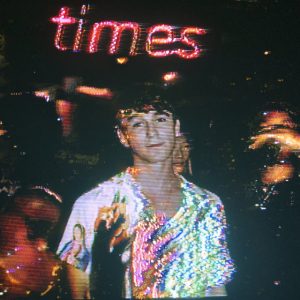 SG Lewis has been a mover and shaker within the British electronic scene ever since the deep house boom of 2015, and his debut album showcases a blend of house music, disco revivalism and a poppy aesthetic that gives most of its songs a radio-friendly vibe.

Feed The Fire is a breezy encounter between a syncopated bassline and some infectiously catchy toplines, songwriting that would feel right at home in Dua Lipa’s Future Nostalgia. Meanwhile Nile Rodgers, his choppy chords previously a victim of serious oversaturation, is a great fit on the funky One More (although the mastering here and on Chemicals is too loud).

Back To Earth transports us to the era of David Morales with a nifty flute loop coasting over moody chords and repetitive vocals, a triumph of arrangement as well as sound design, and Rosner’s Interlude contains some sparkly arpeggiator over insight from the eponymous disco engineer (“If the music lacks harmony it doesn’t move me at all, I don’t feel like getting up out of my chair to dance”).

A cynic would at this point note that the album is light on truly interesting ideas, mostly trading in tropes and well-worn influences, and it would be a fair conclusion to draw. Heartbreak On The Dancefloor is a very pretty tune, but its central conceit is a fusion of Sexual Healing-esque production and the more modern technique of vocoded harmonies. The record also ends with a failure, the plodding tempo and balladeering vocal performance missing the mark completely.

It is the penultimate songs that show some signs of invention. Impact features an unlikely chemistry between Robyn and Channel Tres, while All We Have rides a slow progressive build with expert pacing and a unique sense of groove. But times spends too much time sounding like an imitation.