Sharon Van Etten – Are We There

by Ross Horton
published: 26 May 2014 in Album Reviews
Tweet 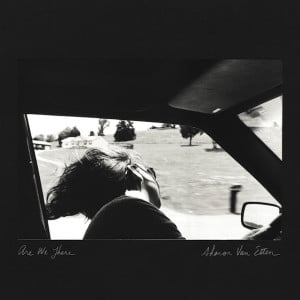 Sharon Van Etten’s musical output is riveting – by turns completely inviting and utterly appalling. Her first record, Because I Was In Love, was a stunning album – it showcased a blossoming songwriter writing from to the hearts of her audience with a level of aplomb veterans double her age couldn’t even hope to achieve. Seven-track-long, ironically-titled Epic followed much in the same vein, yet it developed a luxurious, lavish – and undoubtedly mature – vibe (especially on tracks like Love More and Peace Signs) that made anticipation for 2012’s Tramp almost unbearable.

Tramp, like Epic, developed the sound of the previous record by subtly demonstrating just how much of herself she’s bleeding into her music. Serpents, Warsaw, Kevin’s, All I Can… they’re all essential listening and are just as engrossing now as they were the first time you heard them. Tramp should have been the record that turned her into a superstar – if it was released in 1992, it probably would have done.

That Are We There is a self-produced effort is pertinent, especially as the collaborative production of Tramp was such a success (Van Etten co-produced with The National’s Aaron Dessner). It’s important to note because we can assume that the record was made entirely to represent her own realised vision of the project.

As such, the record opens with a pensive, bucolic air – the track, Afraid Of Nothing, is a sparkling cut that is all about her voice. The subtle, understated musical accompaniment frames that voice beautifully, as her breathy crooning – as always – completely envelops the listener.

Second track Taking Chances is built around a hissing, rudimentary drum machine beat you’d expect to find on a Suicide (or Scraps, for that matter) track. As well as a yearning, seductive vocal, the track takes in chiming church organ, pulsating bass and dry, sibilant cymbal sounds as it plays out. That’s followed by the scarily PJ Harvey-esque masochist-heartbreak of Your Love Is Killing Me. The lyrics are particularly fantastic:

It’s a hauntingly, almost chillingly accurate portrayal of a particularly gruesome break-up. Van Etten captures the open-wound rawness of heartbreak like very few of her contemporaries, and she certainly accompanies that rawness with an almost effervescent, baroque richness on Your Love Is Killing Me. An album highlight for sure.

The album closer Every Time The Sun Comes Up is another highlight: The legendary (if somewhat overused) Be My Baby drum-beat gets wheeled out, as does some sparkling guitar jangling… but the vocals are the draw. They alternate between airy choral group vocals and stern solo lines, and both modes are as stirring as the other.

The caterwauling folk of You Know Me Well and the bare piano ballad I Know both offer completely opposing expansions of the general themes of the record, those themes being love and loss. I Love You But I’m Lost follows much in the same vein as I Know – it’s a stark, severe ballad that can stir and sedate in equal measure.

Are We There, unsurprisingly, is superb. Van Etten’s confessional rawness is still thankfully intact and the music is still remarkable, fortified as it is by the sheer absorptive power of one human communicating (seemingly) directly to another through an artistic medium. It has little in the way of variation, even less in the way of optimism, but feels completely whole despite that lacking. It’s an album constructed of numerous heartbreaks, and it revels in the deepest darkness that Van Etten can conjure. You get the notion that Van Etten is allowing the listener to dwell on those dark times with her, taking them with her as she revisits and recounts some of the blackest times of her life, and what a joy it is to experience such pain in such safe hands.