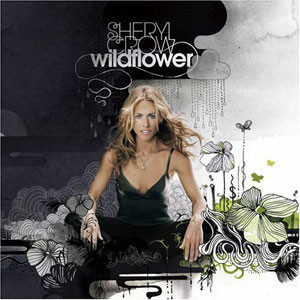 She’s sold millions of records, she’s engaged to an American sporting hero and, at the age of 43, she still looks better than some women half her age. Yet on Wildflower, Sheryl Crow still sounds down. Three years on from the sun drenched, radio-friendly C’mon C’mon, Crow’s taken a 180 degree turn – her new album is light on the good-time country blues that made her name and heavy on the sad, wistful ballads.

It’s not as big a departure as some of the advance publicity has made out, as Crow’s music has never been a stranger to melancholy. Songs such as My Favourite Mistake or If It Makes You Happy were always steeped in a sense of sadness, while the deceptively upbeat C’mon C’mon had the bittersweet refrain of “break my heart again”.

Yet this is a different sound for Crow, employing string arrangements for the majority of tracks here (all arranged by David Campbell, the father of a certain Beck Hansen). The difficulty with string sections is avoiding them sounding overblown and Campbell succeeds admirably here, which won’t come as a surprise to anybody who’s heard his subtle work on his son’s cruelly under-rated Sea Change album.

When Wildflower works, it works beautifully. The single Good Is Good is gloriously uplifting with a melody that, on first listen, washes over you but after a couple of plays sounds like an old friend. The slide guitar from long-time collaborator Jeff Trott also adds to the general classiness of proceedings. The title track is a beautifully intimate number, featuring just Crow, an acoustic guitar and Campbell’s unobtrusive string section.

Lyrically, it’s not the full-on love letter to fiancé Lance Armstrong that some people may have predicted, although Lifetimes is a rather slushy and forgettable number. One of the best tracks on the album, Where Has All The Love Gone, is a poignant look at the United States. Telling the story of a President “who isn’t sad at all by what’s going on”, it’s a sad, yet hopeful, song which sounds even more effective in the acoustic version at the end of the album.

The one problem with Wallflower is its lack of variety. Although the air of wistful melancholy is beguiling for a while, it gets a bit samey over the course of an album. Songs such as I Don’t Wanna Know and Lifetimes sound like Crow on auto-pilot. It comes as a blessed relief when Live It Up appears, a great, up-tempo rocker that could easily sit on Crow’s classic self-titled album.

A few more tracks like Live It Up could have lifted this record from a good Sheryl Crow record to a great one. Yet, for all its flaws, it’s still a better album that most of her contemporaries would be able to produce – while Wallflower may not restore her to the high profile she enjoyed a few years ago, it’s still a timely reminder that she’s one of America’s more talented songwriters working today.