Shit Robot – From The Cradle To The Rave 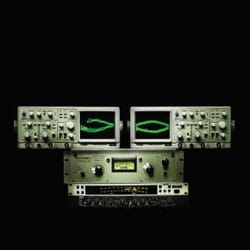 When LCD Soundsystem – a dance outfit so consistently good they could be certified as professionals in the field of ‘Awesome Album Makers’ – are laid to rest for good, James Murphy has said he wishes to work more at his record label, DFA. Amidst the surprise rise of his own band, it’s easy to forget about it altogether; a shame, since it’s one of the most exciting record labels currently in existence.

Their roster is full of outstanding artists that make noises on various synths and keys that combine to create a sound that differs from most other dance artists. They’re a label that possess, as clunky and as corny as it is to say so, ‘their sound’. Shit Robot is the latest signing to get excited about for two principal reasons. Firstly, judging by the music on debut album From The Cradle To The Rave, Shit Robot is a natural fit for Murphy’s label. Secondly, Shit Robot isn’t really shit at all.

Marcus Lambkin is the man behind the moniker, hailing originally from the hip and suave streets of Dublin. He moved to New York in 1992 where he was getting the attention of many club-goers and his peers, including Murphy himself. Despite the fact that Shit Robot has been releasing music for a few years, this is Lambkin’s debut album, although some tracks like Triumph and Simple Things have already seen the light of day as 7″ singles.

The latter is a tune that builds and rumbles under the surface for a good few minutes before a big, stonking ’90s house piano refrain kicks in to spring it into action. The former is a trimpuhant end to the album, complete with a rocking guitar riff, that feels oddly sci-fi. Anyone liking these initial two songs already will find a lot more to love on this hour-long LP.

The two stand-out songs on From The Cradle To The Grave are, quite handily, side-by-side in the running order. Losing My Patience is a terrificly pulsating slice of electropop with lead vocals from Alexis Taylor of Hot Chip; and when he’s at the helm he hardly puts a foot wrong in his vocal performances. It’s followed by the straight-up funk of Take Em Up 2, which is the sound of euphoric ’70s disco revamped for the present day.

There’s plenty more that will undoubtedly keep you dancing all night long. Tuff Enuff is a bouncy and energising opener, Grim Receiver is an unrelenting electro marathon and I Found Love mixes handclap rhythms and whirring siren noises to great effect. There is hardly any respite as the bangers just keep on coming without a moment’s breath. For that alone, this an exhilarating and exuberant listen.

Whether or not Shit Robot is making grooves and beats that are unique and progressive isn’t the point. The whole point of his work is to embrace the glorious past and then push the necessary knobs and buttons that are commonplace today to take it to a wonderfully hip-shaking new level. That is why his debut album is a success: with a toe in the past and a finger pointing to the future, it feels more humanly honest and emotional than robotic, of the shit kind or otherwise.