Shopping – All Or Nothing 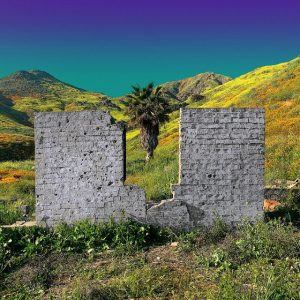 Logistically, it’s a surprise that All Or Nothing exists at all. Shopping‘s members are spread across the globe, and have all been busy with other bands and projects. Rachel Aggs has been particularly busy with both Trash Kit and Sacred Paws, whilst Billy Easter has been petting his Wet Dog, and drummer Andrew Milk has been keeping up with Current Affairs. All Or Nothing was created in an incredibly short space of time, knocked together in something like 10 days, and yet it’s a record that sounds far more considered than its brief conception should have allowed.

This being Shopping’s fourth album, the band are clearly comfortable with each other and have developed a relationship that means that material can flow when they get together. At least that’s how it appears. Perhaps the sparse nature of Shopping’s songs works to their advantage. Anyone familiar with the band’s previous work will know that they have a habit of packing a punch despite employing a less is more post-punk approach. That’s certainly the case with All Or Nothing, but anyone expecting a re-run of 2018’s The Official Body is likely to be in for a shock. Their stripped back nature remains intact, but if their sound has been somewhat rough at the edges before, this time around Shopping have added a disco sheen to their approach. Producer Davey Warsop has smoothed off their ragged sound. The result is not as poptastic as might be expected; instead the overall feel is one of darkened disco funk. If Public Image Ltd‘s Death Disco were an actual venue, you’d expect Shopping to be permanently on the playlist.

In contrast Trust In Us, with its buttoned-down bass, steady beat and twitchy guitar lines, suggests that nothing much has changed in the Shopping camp. The plea for everyone to “trust in us” could well serve as an attempt to quell any resistance to the changes elsewhere on the album, but if that’s the case, they needn’t have worried.

Initiative gets things really rolling. Initially it’s sparse, with funky guitars stabbing around the edges of the bassline, but as soon as the drums kick into gear and a seething synth swells into life it’s clear that the band has upped the ante. Shopping seem to have an innate ability to conjure up the primitive need to dance in anyone lucky enough to hear them, and All Or Nothing is crammed with songs that could get a statue moving. Follow Me continues to establish the disco vibe, albeit in a slightly wonky interpretation. When Aggs sings “follow me I’m worth it”, it’s impossible not to agree.

For Your Pleasure does away with the guitars completely, preferring to rely solely on synths, and yet it remains entirely identifiable as a Shopping tune. Lies plays the same trick, but is far darker, brooding with an intensity that hasn’t really been present on a Shopping album before. What ties these departures into darkened disco together is the band’s uncanny ability to create a definite sense of propulsion with a minimal sound, with an incredibly effective rhythm section. Aggs’ way with a lyric and how she seems to turn every line into a something that could become a chant on the terraces or on a march make Shopping an addictive and energetic proposal. This has always been the case on their previous work, and it continues on All Or Nothing. Its genesis was borne of urgency, and that’s a feeling that permeates every aspect of an album that positively twitches with energy.