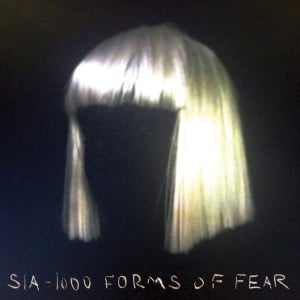 Upon Sia Furler’s apparent lunge into Top 40 pop – with the devilish beckons of David Guetta, Eminem, and Flo Rida, as well as a windfall of upper-echelon writing credits (Beyoncé, Jessie J, Kylie Minogue, Rihanna, Britney Spears, Shakira, Katy Perry… the list is almost endless) – there were some who’d written her off as a sellout, or resigned themselves to her gradual slide into the deathly trifecta of vapidity, contrition and limburger-stank cheese.

As an artist steeped in downtempo, trip-hop, acid jazz and myriad other off-kilter genres, Adelaide-born Furler gained an underground reputation, initially just in her native Australia, but eventually worldwide too. Arguably her biggest hit (before Titanium) was Breathe Me, which rose to prominence after featuring on Six Feet Under. A crackling, mournful ballad, its capacity to reduce even the most stoic soul to a quivering wreck is still revered and feared in equal measure. So, in the aftermath of 2010’s We Are Born, when the ensuing spotlight shone bright upon Furler’s newfound pop leaning, there were naysayers. However, four years later, any sayers of nay are vanquished. She may be more big pop than quirk-hop jazzeur, but that pop is the most fantastic, overwhelming, emotionally-affecting music you’re likely to hear. Ever.

Furler tends to work with a similar set of themes for each LP – none of which are exactly upbeat. Addiction, despair, death and loss are all recurring motifs in her music, and those approaching her new record, 1000 Forms Of Fear, may miss them upon first approach. Hands up who thought Chandelier was a straight-up club banger?

Spurred on to write this record after almost quitting music altogether, a bout of severe depression and narcotic binges, it’s arguably her darkest. It’s definitely her darkest in a long time. Chandelier, not the DJ-fodder it may appear to be on the surface, deals with Furler’s struggle with sobriety and loss of self-control in the face of fame. It’s a phenomenally dark song. When you’ve clicked and noticed, it becomes impossible not to shiver at the lyrics, now loaded with considerable gravitas: “Help me/I’m holding on for dear life/won’t look down, won’t open my eyes/keep my glass full until morning light/’cause I’m just holding on for tonight.” There’s never been a more sincere, beautiful cry for help in the charts. Every vaulted holler, every stretching organic clip, every crackle of sinewy chord; Furler’s passion is palpable.

Obviously, Chandelier – though the centrepiece cut – isn’t the only tune available. Anti-Fergie track Big Girls Cry continues Furler’s facade-less display of vulnerability and tenderness. Not as bombastic as Chandelier, it still wields the guile-y pop panache that Furler’s injected into many a chart-hound. Another single, Eye Of The Needle, slows the commotion down, harking back to the half-tempo, synth-based slickness of her early career. It’s a welcome respite from the non-stop tumult Furler unfurls; if 1000 Forms Of Fear is anything, it’s a flickering montage of change. From life to death, from nadir to zenith, from rock bottom to cloud nine – it’s a life-changing record. Perhaps not for everyone, but for Furler it is, and in essence/thematically, it is too. It’s about major life changes.

The gold is relentless: Hostage is a quasi-doo-wop doozy with faux-pep, Straight For The Knife wields marching snares and swooning, intoxicated vocals, Furler unleashes her inner-balladeer on Fire Meet Gasoline, and massive percussive hurricane Dressed In Black stuns. To highlight the obvious, her song titles are pretty destructive. She may not have subtlety in abundance, but when was devastation subtle?

In 1000 Forms Of Fear, we have what is probably Sia’s finest body of work. It’s not just great for her catalogue either, and there’s plenty of reason for it to rub shoulders in rundowns come December, or pip the likes of Iggy Azalea and other Top Spot hogs to ‘Best Pop Record of 2014’. This is an essential album.