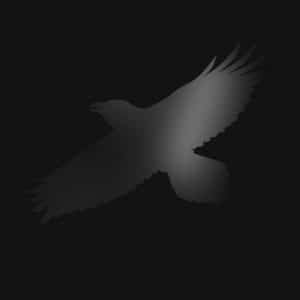 They’d been so wrapped up in the creation of their own mythology that when Hilmar Örn Hilmarsson, respected elder statesman of Icelandic alternative music, once again approached Sigur Rós to collaborate on a new musical endeavour, this time based on centuries old literary masterwork the Edda, they had to profess ignorance as to its actual content.

Released a few years earlier, their second album Ágætis Byrjun, a shaky confection of falsetto augmented with exaggerated orchestration and released on the then achingly hip electronica label FatCat, had rapidly elevated them from national oddities performing at small concert venues to platinum selling international post-rock gods with high street recognition touring stadiums and arenas, and they needed an assignment that might help to release some of the pressure they suddenly found themselves under.

The two-part 13th century text about the trials and tribulations of ancient deities contains a chapter entitled Odin’s Raven Magic, in which the titular god attends a banquet and his pet corvids portend Ragnarok, the forthcoming global freeze that will end the worlds of God and Man. Over the years there had been claims made as to the authenticity of this specific chapter of the Edda, but in 2002 it had been confirmed as a 14th century addition rather than an industrial age bolt on. After his initial meeting with the group’s unofficial front man, Hilmarsson noticed two birds in his path and read their appearance, not as a warning, but as a good luck charm for the collaboration, and rightly so.

The resultant work in eight parts, rooted in their native choral tradition, was met with rapturous acclaim when they performed it in 2002, amongst a handful of venues at Paris’ La Grande Halle de la Villette, accompanied by L’Orchestre des Laureats du Conservatoire National de Paris and the Schola Cantorum of Reykjavik. Jónsi’s distinctive falsetto only appears on a couple of tracks – Spár Eða Spakmál, Dagrenning and Stendur æva – with the majority of vocals coming from of Steindór Andersen, a lauded Icelandic chanter and fisherman with whom they’d worked on the Rimur EP the year before. Held in the archives for nearly two decades and available only in fragments online, it’s finally getting a physical release now, through the band’s own label Krunk.

Notable not only for the lush orchestral input of the band’s former keyboardist Kjartan Sveinsson and his partner, Amiina’s Maria Huld Markan Sigfúsdóttir, this record remains the only time they took full advantage of the five-octave stone marimba built for them by sculptor Páll Guðmundsson. If you watch videos of the performance, the marimba is anachronistic in its primitivism, in comparison to the high tech modernity of the laptops and guitars that the band normally used, looking like something purloined from a Bedrock jazz bar. The crude repetition it provides at the heart of tracks such as Dvergmál and Hvert stefnir appear to nod to Djed from fellow post rockers Tortoise’s classic album Millions Now Living Will Never Die, and pulls the record firmly into the modern age.

Recorded at a time when their every action garnered attention, long before the various financial and personal complications that would come to plague them in recent years, Odin’s Raven Magic captures the group reconciling their actual genius with the mountains of praise heaped upon them. If they’d had the foresight to release the record earlier, we might have been prepared more for the apocalyptic mess we find ourselves in. But let’s not crow about that.