by Ben Devlin
published: 11 May 2018 in Album Reviews
Tweet 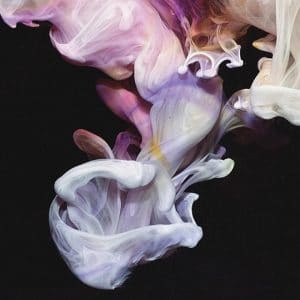 Simian Mobile Disco’s sixth album Murmurations comes at a tumultuous time for the duo. Their US tour has been cancelled due to Jas Shaw being diagnosed with AL amyloidosis, with money raised from their Barbican show last month being donated to an amyloidosis research fund. The show featured the Deep Throat Choir, who are key contributors to Murmurations and frequently provide the tracks with their tonal centre.

Simian Mobile Disco’s instrumentals are mostly driving and minimalistic, making use of live percussion that gives them a quality similar to “tribal house”, and the result is an album that is indebted but slightly adjacent to club culture.

Hey Sister plays with a modulated synth motif, Caught In A Wave features an otherwordly echo effect, while the beatless Gliders processes the Deep Throat Choir’s unsettling vocals to create a glitchy ambience. The loops are repetitive, so much so that when the beat drops out and the bass changes in We Go, the shift is genuinely striking.

The tracks are long but generally well-paced, an exception being the slightly aimless V Formation, and the combination of the all-female choir with the sparse production works well.

The most powerful section comes around the middle, with A Perfect Swarm’s climactic build-up sandwiched between two of the best uses of Deep Throat Choir’s vocals on the album: Hey Sister and Defender.

An intriguing and powerful release, Simian Mobile Disco prove with Murmurations that they are still as vital as ever.