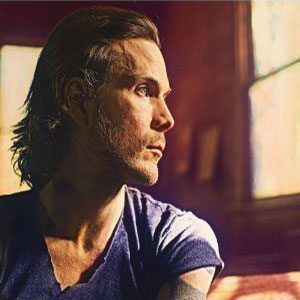 It is said that we define ourselves by contrasts; we may not know whatwe are, but we know acutely what we are not. The period that promptedSimone Felice’s first solo album was one of shuddering, seismiccontrasts for the singer-songwriter. Following a string of blackoutsin 2010 he was diagnosed with a life threatening congenital heartdefect, undergoing emergency surgery during which both his lungscollapsed. Just one month later, his first daughter was born. From thevery real prospect of death sprang life – rebirth and birth – within amatter of weeks.

It’s understandable that such events might prompt Felice to shuffleinto the spotlight under his own name for the first time following acritically acclaimed career with both The Duke And The King andthe Felice Brothers. What is immediate when listening toFelice’s record, the eponymous title declaiming presentation orself-exploration, is indeed a notion of life, but not in the direct,autobiographical lyrical bent you might expect from a man experiencingtriumphs and travails. That’s a well-trodden road and Felice, arguablythe nearest thing Americana currently has to a Renaissance man being apublished poet, novelist and multi-instrumentalist, is too sharp acustomer for such comfortable fall-backs.

This sense of life on the album is instead musical. Whilst it wasrecorded in five distinct locations – an old church in London, aManhattan apartment, a studio in Woodstock, and both an abandoned highschool and Felice’s barn in the Catskill Mountains of New York state -it’s beautifully drawn together, feeling both spare and tactile yetwhole. Hey Bobby Ray opens with a ghostly flicker, a mood piece aboutretribution which hangs on Felice’s vulnerable voice and a few layersof synth before a girls’ choir crashes in.

Often it can sound spartan: you can hear Felice tapping his foot tokeep time during Courtney Love, in which he takes an earnest protectorrole to muse over the desperation of celebrity, and his brow-beatensighs are caught during the punch-drunk Charade. Such immediacy isarresting. Matters feel both live and alive, a sensible tactic thatpushes two of Felice’s strengths to the fore, namely his keen sense ofmelody and a vocal timbre that recalls a Tea For The Tillerman eraCat Stevens. The record feels like an old, threadbare blanket -gappy, frayed and pulled but still comforting. Its minor keyed soul iswell judged, Felice careful to ensure that nothing outstays itswelcome.

Whilst there’s intimacy at many points, we’re still kept at arm’slength. At first Felice is inclusive – You & I Belong rattles along with areckless first-person joy, all abandonment and opportunity. Yet heoften retreats and closes off, percolating his persona through a castof characters living out the shattered American dream: stoned gasstation attendants, soulless celebrities, bored suburbanites; thetypical romance of the lost. It’s fine, but it doesn’t always work -the storytelling is essentially at odds with the deeply personal musicalexecution. Sometimes less is more, and there’s the feeling that Felicecould have reined in his narrative instincts in favour of the personalto better serve the record. New York Times especially overreaches,spilling out a hackneyed account of reading the paper which mentionseverything from helicopter pilots, baseball, drugs and child killingto, bizarrely, the death of Michael Jackson.

Simone Felice is essentially a set of accomplished country gospel-noirsongs – certainly no bad thing – and the record has a rare rawness ofperformance which makes for compelling listening. However, in backingaway from self-exploration to match the hushed, close atmosphere italso feels like a missed opportunity. Still, it says much for Felice’stalent that in only briefly showing his scars he can still make acommendable album. There’s plenty to suggest that the great one he’scapable of is yet to come.