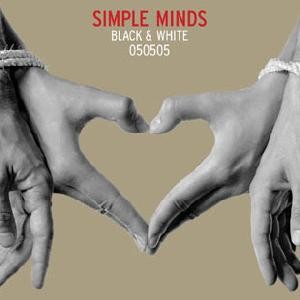 Beware the ‘return to form’, the comeback album. Two phrases that have enjoyed close proximity in discussion about Simple Minds’ reappearance from the creative wilderness after three years away. The date – not entirely pretentious – refers to the day on which sessions for the record was completed.

And yet this is a musical renaissance of sorts. Jim Kerr’s Sicily haven appears to lend him more of a chance to write songs instinctively with the band, and a ‘less is more’ approach removes a lot of the baggage thataccompanied some of their over-inflated tracks in the 1980s.

Take closing track Dolphins, a startlingly bleak outlook and a brave way to finish the album, Kerr’s disembodied voice over the toll of Eddie Duffy’s bass, with Blue Nile-type cinematics in between. The track’s timeless opening, not a drum in sight, reaches an awkward calm quite unlike anything they’ve done before.

It certainly won’t please all the fans, but then the band are on much safer ground with the opening trio. The single Home is particularly good, a Charlie Burchill special looping around Kerr’s vocal puzzle that he’s “home, but thousands of miles away”. Opening track Stay Visible uses the widescreen approach once again but with a greater economy, its opening betraying 21st century musical technology but in all reality similar to the music the band were making at the start of the 1990s. Stranger too, opensup into a strong chorus, Kerr’s voice taking a firm foothold in mid range.

It’s the central part of the album where the going gets tougher. Underneath The Ice has an uncomfortable, meandering vocal line, with Kerr’s voice subtly vocoded but sounding unrelated to the stilted bass and clumsy, slower rhythm. The Jeweller (Part 2) (don’t you just hate it when there’s no part 1?!) also fails to convince fully, Kerr singing of where the “air is thin” and sating a “lack of oxygen”, both evident in the slender vocal delivery. Kiss The Ground may feature a more traditional Kerr line in the verse but the lyrics become questionable by the chorus, by way of example: “There is no hidden karma, there is no special plight, there is nospecial armour to take me through the night.”

Still, these apparent shortcomings at the albums core don’t detract too much from the many positive elements of this release, particularly the surefootedness of the opening trio, nor the willingness to try something different at the end. The old ones may still be the best, but for their fans Simple Minds have offered hope that now, having blown the cobwebs away, they may be about to go big again.