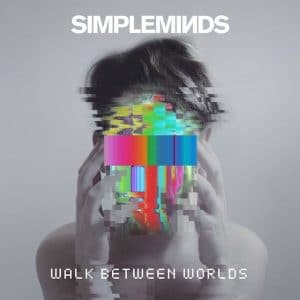 Watching your favourite bands from your youth slowly succumb to old age and mediocrity is an experience more and more of us have to endure as we age in turn. Incredibly, Simple Minds passed through this phase somewhat, emerging on the other side in a state none of us could have foretold.

With the stark decline in the quality of their albums post Once Upon A Time (1985), has-beens is the phrase that came to mind – a classic example of a band you wished would call it a day to save themselves from a U2-sized latter-day career embarrassment. Yet while their peers’ Songs Of Innocence iTunes arrogance caused so much annoyance, Simple Minds began to defy logic and bounce back.

2005’s Black And White 050505 was pretty decent; if 2009’s Graffiti Soul was bland, 2014’s Big Music was actually bloody good, the band returning to their criminally undervalued post-punk, icy-guitar dance-infused early days to restore some of the faith many of their fans had lost following the late ‘80s to early ‘00s boredom.

For 18th studio album Walk Between Worlds, they’re pretty unrecognisable from those heady days, though, with three female members now among the crowd including backing vocalist Catherine A(nne) D(avies), AKA The Anchoress. Long-time drummer and member of their most recognisable line-up Mel Gaynor has gone, as has Andy Gillespie (keys), at which point you ask are they really still Simple Minds? Well, while the vocals continue to be provided by Jim Kerr along with guitar from Charlie Burchill then presumably that’s all you need.

Like Once Upon A Time, Walk Between Worlds pitches in with just eight tracks, this time over 42 minutes, or two neat sides of vinyl if you wish. Lead single Magic is about the “desire and hunger of youth”, and it’s a pretty simple affair where a basic yet catchy hook forms the nucleus of a track which makes the most of what it’s given to exceed the level it should really reach – magic indeed. Summer, though, tells of being “born again” but despite its typical Simple Minds gloss/sheen, it reminds too much of Bono and co.

In Dreams starts off with a promising few bars of synths akin to Muse’s Map Of The Problematique but unfortunately it then flops, its chorus in particular of little interest whatsoever. The title track aims for grandiosity, boasting “dramatic orchestrations”, but comes up short with a glimmer of the ghastly even appearing as memories of Billy Ocean’s Caribbean Queen could somehow be recollected. There’s also a telling sign of age apparent in Kerr’s quivering vocal, more noticeably so than the majority of the other tracks here.

The other four tracks on the album, however, fare much better. Utopia is based around the shimmering beauty of guitar and synths that made the band endearing to so many; it feels a little less focused on the actual song, instead capitalising on the unique music this combination is capable of producing. Closer Sense Of Discovery, too, taps into the same assets whilst also reminding of Alive And Kicking, with some glistening gorgeousness appearing via atmospheric synths and ambience.

Barrowland Star, a song about the famous Glasgow venue, pushes the synths to the fore like Orchestral Manoeuvres In The Dark and despite Kerr’s aged warbling again surfacing, it doesn’t matter too much as the band play out a glitzy, ‘80s movie soundtrack number; the scrawling guitars at the end of the track are a real treat, too. Last but not least, The Signal And The Noise is another winner, some tasty guitar again elevating the track with the underlying synths also sounding peachy.

We know Kerr’s vocals struggle with the demands placed upon them in a live setting, as is the case when any vocalist ages, and in a few places this is where the age of the band is clear. That said, with technology giving him a hand he’s just about hanging on to his dignity; you can replace every musician in a band with younger versions, but with the singer remaining the same and vocals the most age-affected instrument of all, you sadly can’t see this resurgence in Simple Minds’ career lasting much longer. For now, though, they’ve managed to rekindle their affairs and surprise a few doubters.