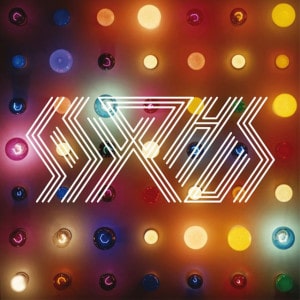 “Interesting” is probably the most ambiguous word in music journalism. It can mean anything, from a cop-out to avoid more deeply describing something, to a loaded derogation, to a placeholder word used to describe some ephemeral emotion when the thesaurus fails to provide. Try it with the phrase, “Sisyphus’ self-titled debut full-length is the most interesting pop release of 2014 thus far.” What definition comes to mind?

Sisyphus is a supergroup whose musically disparate members include hip-hop artist Serengeti, multi-genre spanning musician Son Lux, and insane baroque popper/art rocker Sufjan Stevens. Formed at the beginning of the decade, the group was originally known as s/s/s and released the Beak & Claw EP on Anticon back in 2012 before changing their name to avoid – ahem – certain racial imagery involving two of the letter “s” side-by-side. All three artists are quite active in their own solo projects (although not much has been heard of Stevens since The Age Of Adz and the nearly three hours of schizoid Christmas cheer on Silver & Gold two years ago). In addition to being a stand-alone release, Sisyphus’ debut full-length accompanies a series of art installations by American New Yorker artist Jim Hodges.

Much like the word “interesting,” the word “supergroup” can also be loaded with connotation; thankfully, Sisyphus is a successful one. As with other successful supergroups and projects of the early 2010s (eg. Marijuana Deathsquads and Elvis Costello & The Roots on Wise Up Ghost), the success of Sisyphus lies in the group’s ability to integrate and adapt their disparities rather than allow one member to outshine the rest (looking at you, Atoms For Peace); minimize their differences and become a stale rehash of material; or, perhaps the worst offender, become self-indulgent due to the members’ previous successes.

Sisyphus is a compositionally superb production that adeptly mixes the members’ unique styles. Stevens’ platonically seductive whisper-singing on Take Me compliment the smooth-lined backbeats of Son Lux that expose the latter’s classically-trained roots. Similarly, the relative softness of Stevens juxtaposed with hard-rolling id-like rappings of Serengeti highlight each other’s emotional appeal. This is most heavily seen on Rhythm Of Devotion, which explores the tangled roller coaster of devotion, be it in the physicality of sex or in the enduring emotional connection of long-term relationships. The tracks on Sisyphus are full of life even at their most mellow; Son Lux’s participation cannot be understated in his ability to create enrapturing soundscapes from the sparsest of beats.

Upon a cursory glance, Sisyphus appears to be yet another superficial indie hip-hop album that irreverently pokes at its predecessors. Tracks are generally a transitive downtempo in the style of the smooth R&B and synthpop, but much like the jazzy Nujabes and Robert Glasper Experiment, what is light and fancy free conceals a darker, more pointed side. Stevens’ typically naïve and delighting voice sounds experienced rather than innocent (in comparison to his previous releases) and is quite distorted over the House Of Blondes-esque skitter-scatter glitch beats in Dishes In The Sink. Sisyphus truly is an album whose reward lies in the manifestation of ideas rather than simply how they sound on tape. All aspects, no matter how fist-pumping, hint at gloomy the undertones that are exposed over time.

Sisyphus’ greatest strength is in its storytelling. Starting in the testosterone-fueled self-aggrandizement of contemporary hip-hop, Sisyphus deconstructs the mind of the modern artist who has more sex, drugs, and money than one can handle. For example, the unhinged My Oh My is topically fun and fancy (Did Serengeti really just rhyme “gerbils” with “turtles?” Yes. Yes he did), but the song’s dynamics reveal an unbalanced psyche in the works that is espoused by The Age Of Adz distorted bass Illinois/Michigan flutes à la Stevens. In the climax, My Oh My’s melody is chopped and screwed as Serengeti’s barely-audible ramblings build upon each other and Stevens’ pitch-shifted vocalizations impugn themselves upon the listener.

The lyrically and musically linked Dishes In The Sink and Hardly Hanging On peel open obsessive conformity and void of being. Serengeti’s imagery of “dishes in the sink / roaches in the wall / ain’t around my son so I just bought the boy a ball” and Stevens’ chorus of “I may look just like a baby / I may feel just like a dog / I may not look just like I’m fading / I may not look just like I’m fading / but I am hardly hanging on” represent men at the end of their rope, following checklists of the star image without feeling the gratification received in their past. It might have been “their choice / their first thought” to follow through with the lifestyle, but the decision to follow such a life does not change the barrenness inside.

With its flashy cover and topical self-aggrandizement, it is easy to dismiss Sisyphus as another passing supergroup project. That could not be more incorrect of a first impression. Sisyphus is a fully fleshed out and conceptually realized piece that describes the tumultuous, painful maturation of the successful musician in the contemporary world where everyone clamours for the spotlight through debauchery. The braggadocio returns in the closer Alcohol, but this time, Sisyphus are fully aware of their actions. The four-minute instrumental builds up and then cuts to black as the party continues, and the fate of our narrators remains uncertain.

As for the word “interesting”… Yes, Sisyphus’ self-titled debut full-length is the most interesting pop release of 2014 thus far. Yes, here, most descriptions fail to provide, and that thesaurus certainly was of no help, hence the necessity of using over one thousand words in the writing of this review. Sisyphus is interesting not because of its musical prowess or the success of its collaborators. It is interesting because of the story and its own meta-analysis, all of which occurs behind the guise of a stereotypical pop party-hard fun time with no rules and no obligations. And that is interesting, indeed.