by Martyn Young
published: 20 May 2016 in Album Reviews
Tweet 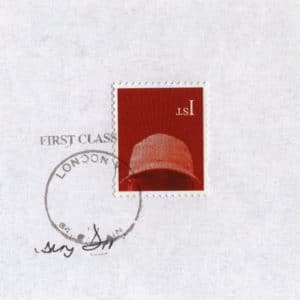 They don’t come along too often but sometimes certain albums arrive that capture a zeitgeist and define a moment. They just seem bigger and more important than almost anything else. Skepta’s long awaited Konnichiwa is one of those albums.

By his own admission, early pioneering grime MC Skepta spent the latter part of the previous decade and the start of this one lost. Lost in a malaise of watered down, commercially driven grime-lite pop. It’s a well in which Dizzee Rascal, grime’s first true crossover success, still finds himself firmly stuck. Skepta, though, has emerged from the wilderness with a new attitude, creative spirit and self-belief that courses through all the music featured here.

Konnichiwa is the sound of the UK underground in full voice. A sound that has been increasingly cited and even co-opted by rappers like Drake and Kanye West. You doubt though whether even those artists could create something as breathlessly thrilling and meaningful as Skepta has created here.

Musically the album is relentlessly focused and ripples with a kinetic energy and feeling. Eight of the twelve tracks are produced by Skepta himself and his defining vision carries everything, even the few weaker moments. When Pharrell Williams turns up on Numbers, he adds nothing that Skepta himself doesn’t capture elsewhere. This is not an album that neither relies on nor needs any special guests. Skepta has enough presence and character all by himself.

Fortunately, that one misstep is immediately followed by a trio of tracks that represent the most thrilling 10 minutes in recent British recorded history. Man is intense and hardcore in the truest sense. It’s a rough and ready rave-slaying beast that is perhaps the best example of why Skepta has blown up to such a worldwide extent over the last few years. Shutdown is even better. Audacious and grandstanding, it’s Skepta ascertaining his dominance and the importance of the UK scene over its imitators, detractors and far off admirers: “They try to steal my vision/This ain’t a culture, it’s my religion.”

Completing the trio of bangers is That’s Not Me in which the MC and his brother Jme take things back to old school grime, when anything seemed possible before the scene was poisoned by the pop machine. It sounds like almost nothing else and its alien wasteland funk is a sound that has forced its way into the mainstream by sheer force of nature. If Skepta has achieved anything then one of his and the underground scene in which he leads’ legacy is in allowing grime to finally achieve cross over success on its own terms.

It seems almost quaint to laud a grime album in the same exalted terms in which albums in the classic rock canon have been praised. Grime has almost universally excelled in the format of the single or the rough mix tape or underground raves and club night takeovers. Skepta, though, has made a connected, coherent and utterly compelling work that perfectly complements the album format. There’s nothing classic or backward or old fashioned here, though. The album is futuristic and thrilling; full of possibilities and wise reflection.

Skepta and UK grime’s resurrection has been one of the most exciting musical sounds of the past few years, and rather than being the climax, you get the feeling that Konnichiwa is just the start of something special.