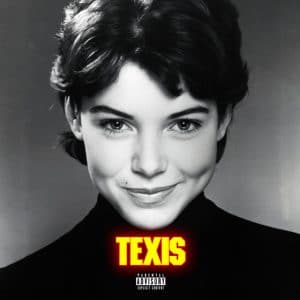 Back in 2010, Sleigh Bells released Treats, which immediately became one of the most exciting albums of the year. While perhaps not ground-breaking (plenty of bands have mixed sweet as saccharine pop tunes with eardrum-blasting noise), it was certainly a huge breath of fresh air at the time.

Eleven years on, and Sleigh Bells’ signature sound is still plastered all over their fifth album. Derek E Miller’s guitars are still crunchy as hell, the melodies are as insistently catchy as anything you’d hear on a Carly Rae Jepsen album and Alexis Krauss’s vocals still sound like she’s taking time out from some cheerleading practice.

With absolutely everything turned up to 11 though, it’s fair to say that Sleigh Bells can sometimes sound a bit exhausting. Even at just 35 minutes – a relatively short running time for an album in this day and age – you feel like you’ve just run a marathon at the end, so relentless is the Sleigh Bells sound.

However, let us not lose sight of the fact that Miller and Krauss do what they do very well – as soon as the crunching beats of opener SWEET75 kick in, and Krauss sings “here we go, here we go, you’re legitimately rock n roll”, you’re yearning to be in a sweaty mosh-pit, thrashing along with everyone else. Miller has a real talent for exuding adrenaline through his production, and when this is turned up to full volume, it feels like a shot direct to the heart.

Justine Go Genesis is similarly frantic, full of 100mph beats and processed shredded guitars, and Locust Laced benefits from a massive, shout-along chorus of “I feel like dynamite, I feel like dying tonight!”. On the rare occasions that the tempo is turned down, such as the penultimate track Truth Seekers, the result sounds a bit like Chvrches, with Krauss sounding like a deadringer for Lauren Mayberry at times.

The band’s lyrics have never been their strongest suit – with Sleigh Bells, it’s all about how the songs sound – but sometimes on Texis, they can sound quite moving. I’m Not Down is a plea to look after each other in a troubled world (“Nobody cares when a life gets lost, and lives do get lost – we gotta look out for each other”). It’s difficult to catch it sometimes when the sledgehammer production dwarves everything else, but it’s proof that there’s a big heart underneath Sleigh Bells’ music.

Ultimately, at this point in their career, you know what you’re getting with Sleigh Bells. There are times on Texis that not only do some tracks remind you of previous records, but of previous tracks on the very same album. It’s formulaic, but, as the phrase goes, if it’s not broke, don’t try to fix it. There’s little evidence that Sleigh Bells will need fixing anytime soon.