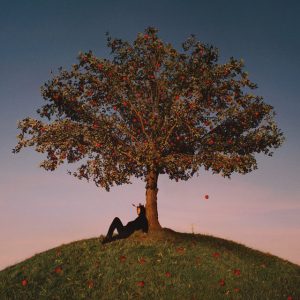 Buoyed by the success of his incendiary debut album Nothing Great About Britain – nominated for the 2019 Mercury Music Prize – Slowthai certainly isn’t short on ambition. In a recent interview, the Northampton-born rapper proclaimed his desire to be the next David Bowie or Bob Dylan, quite a statement from an artist probably best known for tastelessly brandishing a dummy of Boris Johnson’s severed head at the aforementioned Mercury ceremony and making lewd remarks to the comedian Katherine Ryan at the NME Awards (for which he subsequently apologised). Messrs Jones and Zimmerman were just a little more subtle.

Nevertheless, on TYRON (his real first name, while we’re on the subject), Slowthai does make an effort to move on from the rabble rousing, sixth form polemics of his first record. Presented as a tale of two halves, with – in a strangely old fashioned touch – clearly demarcated sides one and two, its core message is that all of us have different personas, none of which individually tell the full story about who we are.

Essentially, side one of TYRON is surly, in your face, alpha male rap (with song titles pointedly in capitals), while side two is quieter and more reflective. Opening track 45 SMOKE sets out its creator’s stall, a defiant reflection on a troubled past, wrapped in woozy waves of distortion. This is followed by CANCELLED, featuring guest vocals from North London rapper Skepta, which references the fallout from the aforementioned Ms Ryan incident – although with lyrics like “how you gonna cancel me/20 awards on the mantelpiece/ Pyramid Stage at Glastonbury” it’s hard to judge how sorry Slowthai actually is about what happened. Was this his reaction at the time to being vilified, or how he still feels now? MAZZA and PLAY WITH FIRE, with their faintly trippy synths and hypnotic rhythms, feel more playful, with wordsmithing to match (“And the coke makes the cats look like they’re/Jar Jar Binks, topped off with a wink” being particularly memorable). Throughout the first half of TYRON, there’s a sense of a man who wants to unload, put everything out there and to hell with the consequences.

Side two’s shift of gear is obvious immediately, with the soulful, languid hook of i tried ushered in starkly with the words “I tried to die/the pain won’t die.” The remaining tracks see Slowthai at his most introspective and personal, struggling to come to terms with who he really is. push, featuring Deb Never, expertly blends a folk vibe with Slowthai’s most world-weary rapping yet, although feel away unfortunately isn’t a strong enough song to allow James Blake’s silky voice to truly shine. TYRON ends rather abruptly with adhd, but also leaves us with the most striking image on the album – “They can’t see the tears through the raindrops/Tough lad and I always put a face on.” This couplet sums up Slowthai’s message – that tension between machismo and vulnerability is something many men grapple with, and the true person beneath is hard to pin down.

The same could be said of TYRON as a record. It’s a clear attempt to deliver a more mature, varied work than Nothing Great About Britain, and in that it succeeds. But considering his lofty aspirations, there’s nothing here that others rappers like Dave or Akala – both blessed with greater emotional intelligence, intellectual gravitas and grasp of social and political issues – haven’t done better.

More on Slowthai
Slowthai – TYRON
Slowthai – Nothing Great About Britain