The Smashing Pumpkins – Monuments To An Elegy 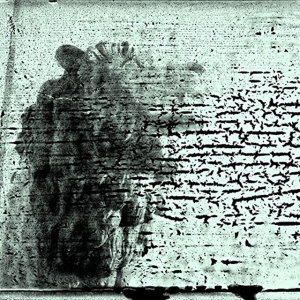 Truth be told, the name The Smashing Pumpkins should probably be retired at this point. The band that made all those ’90s classics (Gish, Siamese Dream, and about two thirds of Mellon Collie) is long gone and, when Jimmy Chamberlain hit the road back in 2009, Billy Corgan was the last man standing. Since then, the Pumpkins have been a fairly hit and miss affair with Corgan only showing glimpses of what made his band so popular originally. Whether this state of affairs is down to the constant state of flux that the Pumpkins seem to be in is anyone’s guess, but unstable line ups and frequent change can’t be helpful.

Monuments To An Elegy does have a certain level of continuity about it though. For a start, guitarist Jeff Schroeder remains in his post, whilst Howard Willing returns as producer (having worked with the band on Adore and Machina/The Machines Of God). This album also continues the cycle of the Teargarden By Kaleidyscope concept, and it will be followed next year by Day For Night. So a little of the past that clings to the Pumpkins this time around.

Whilst Teargarden is epic and far reaching, Monuments To An Elegy is a relatively short and concise album. There’s no time for exposition and prog-noodling here; Corgan appears focussed on making an album with pop at its heart. Remove it from the conceit of Teargarden, let it stand on its own and, curiously, it could just be the most interesting album the band (Corgan) has made in some time. While there’s none of the highfalutin artsy ideas here, musically everything is tight and basic (even current drummer Motley Crue‘s Tommy Lee has been successfully reined in and is keeping it straight up), and lyrically Corgan is in utterly vacuous mode.

It’s an album that feels like a dare, as if Corgan is prodding at his audience and inviting them to criticise his work for not adhering to type and for daring to dabble in pop-rock. And there are plenty of moments where Monuments To An Elegy doesn’t work. Notably, the aforementioned lyrical content is so poorly written it sounds as if Corgan just found a bunch of generic phrases and threw them into the mix. Anti-Hero’s “love me baby, love me true, oooh” and refrain of “a girl like you” are so lazy they might well have been sung from a sofa from under a blanket. Dorian suffers a similar problem, with “Dorian, what have you done” followed by the carefully thought out rhymes “sun” and “run”. The Eurodisco stomp of the appallingly titled Run2Me is utterly agonising, not just lyrically, but musically too. Its inclusion on the album is surely only warranted if Corgan appears in a video for the song in a fluorescent leotard and does a three minute workout.

These slight niggles aside, Monuments To An Elegy does have its moments. Anti-Hero might be have terrible lyrics, but its hooks dig deep, and Corgan finds the sweet spot between pop and rock with apparently no effort whatsoever. Opening track Tiberius manages to hint at the direct riffing of early Pumpkins whilst retaining an assured chorus, and offers, for the briefest of moments, a flash of their glorious history. Being Beige continues in a similar vein, as it veers from understated beginnings into glorious and tumultuous guitar explosions. The Pumpkins of old would have taken the song through several twists and turns, but here, it is played straight and focussed. Monuments meanwhile finds the balance between Corgan’s dalliances with New Order styled synth-pop and the serrated riffing of the Pumpkins finest moments. Elsewhere it might not work (Drum + Fife could cause people to kill) but here, there’s an unmistakable drive and purpose.

Monuments To An Elegy may well have a foreboding title and its place in the Teargarden album cycle might imply pomposity, but the truth is that for the first time in a while The Smashing Pumpkins have made an album that’s actually fun. It’s brainless at times, but there’s no denying some of these hooks. The key to enjoying this album lies, ironically, in forgetting that the Pumpkins ever existed. Remove the past and the baggage, and take it for what it is; a pretty decent rock album.