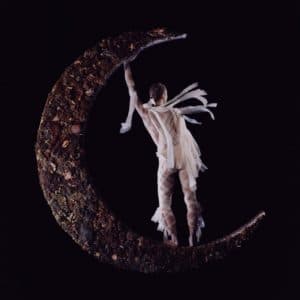 Norwegian duo Catharina Stoltenberg and Henriette Motzfeldt have been slowly drip-feeding tracks under the Smerz name for a few years now but the arrival of their debut album in full starkly reveals the true scale of their ambition and ability. It’s an album that evades easy classification and is a uncommon example of one that benefits from a noticeable lack of flow. It wouldn’t be right to call it disjointed, but the way that it blends styles and wrongfoots expectations helps push it towards a lesser-inhabited musical space.

Attempts at pinpointing their sound might centre on how it melds modern R&B with flashes of contemporary classical and unflinching electronics but even such summaries feel like they fail to fully join all the dots. If XL feels like the perfect home for them label wise, there’s also an equivalent in how reflective parts of the album are of perceptions of their native land. Some tracks are dark like the Norwegian winter, while others occasionally feel somehow withdrawn and distanced.

Opening tracks Gitarriff and Max get things off to a suitably crepuscular start, all primal electronic sculpture and sharp musical geometry. The title track follows and is arguably the easiest route into their music, possessing Mezzanine-era Massive Attack textures as unsteady synths and grainy percussion eventually give way to their alluring vocals.

It’s followed by the quietly opulent, harp-led Versace Strings, the first of several left turns on the album. We don’t have long to wait before the frantic, dizzying uneasy listening of Hester and the smooth, minimal R&B of Flashing provide more unforeseen junctures. Such juxtapositions show how their music would be as much at home in dimly-lit urban spaces as highbrow European music conservatoires.

As the album unfolds it their nearest musical contemporaries are slowly revealed to be other forward-thinking artists like Arca, Klein, Eartheater, Jessy Lanza and FKA twigs. The Favourite clocks in under two minutes long but still manages to feature washes of violin, operatic vocal effects and hints of baroque/early music. Later, Missy provides a slightly alien-sounding electro interlude before the strobe-lit intensity of I Don’t Talk About That Much exerts one final, physical spin of the mind.

It all confirms Believer to be a suite of disaggregated, miniature sonic tapestries from a pair of young Scandinavian polymaths that delivers a welcome reminder of music’s endless capacity to surprise and delight.