by Steven Loftin
published: 25 May 2018 in Album Reviews
Tweet 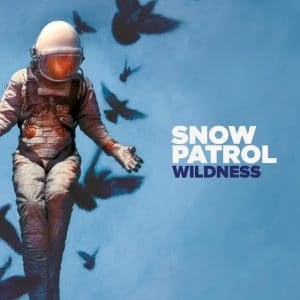 Seven years have passed since Snow Patrol‘s last release, Fallen Empires. Since then the individual components that make up the Dundee-based five-piece have been off doing their own thing. And now they have finally returned, with a new album, finally, in tow.

Inoffensive in every way, on Wildness Snow Patrol have pretty much remained Snow Patrol despite the passing of time. Though there is a slight feeling of exploration here and there, ultimately it all boils down to offering both something and nothing for all.

Grandiosity abounds from the start. Life On Earth feels like it could be a mere acoustic, straggling number, but it progresses to become something of a soundtrack for humanity’s inability to grasp that living on Earth is pretty easy if you aren’t a dick. As sentiments go it’s a strong stance for Snow Patrol, and they convey it with resolute meaning.

Frontman Gary Lightbody has kicked writer’s block, re-centred himself and channeled his ideas into this album, so it should probably be viewed through some form of rose-tinted lens of epiphany. Yet the depth is, sadly, only fleeting, as from this point forward Wildness peters into what can only be described as paint-by-numbers Snow Patrol.

It’s always been evident that Lightbody has songwriting chops, given his many high profile writing credits, and the fact that it’s nigh on impossible to have made it through the noughties without being bombarded by one of their staple hits. And on Wildness, emotively everything’s present and correct. There’s no false pretence, a constant that continues through their work. But the spark that lights the album, even with the courageous call of Don’t Give In, fails to catch.

Dark Switch brings a different level to the staggered modus operandi of soft rock, confident and brim-filled with pop sensibilities that never leap before they can run. One of the strongest contenders on the album, this is the Snow Patrol that should’ve sprung back into life. But it is followed by the piano ballad What If This Is All The Love…, and the energy of the album suddenly feels displaced, especially as straight after that comes Youth Written In Fire, another track that is precisely the route Snow Patrol should’ve driven down, but which they once again scourge immediately afterwards with Soon.

The gift that Snow Patrol have certainly hasn’t disappeared. Every track holds a well-crafted weight, just as their early material did. Yet it lacks something this time round. It’s as though you’ve heard most of these songs before, somewhere else. By the time the finale of Life And Death comes around, there’s a sense of completion, like you’ve survived an experience, one you’ve partially enjoyed, but it’s very hard to want to go back and repeat it.

If you love Snow Patrol, Wildness will please. But while it has moments that can be thoroughly enjoyed in increments, if you’re expecting developments – especially given the seven-year gap between released – then you’re out of luck.