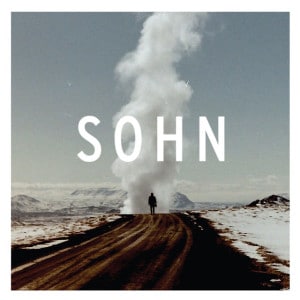 London born Vienna resident producer Sohn has chosen a path that is rather less strikingly accelerated than many of his contemporaries. Every piece of music Sohn has released since the obliquely beautiful debut single The Wheel in 2012 has been met with increasing amounts of praise.

Since then there has been a slow build drip feed of inventive electronica with Sohn becoming equally  in demand as a producer for rising UK stars Banks and Kwabs. The refreshing approach of an artist content to bide his time and enjoy success on his own terms pervades Sohn’s work and this is encapsulated on his immaculately crafted debut album for 4AD, Tremors.

You get the sense throughout listening to this album that it is an intensely personal work for the producer. Nothing has been thrashed out here; every track is pristinely detailed and illuminated with the kind of atmospheric texture and emotion that allows Sohn to stand out amidst myriad other similar artists. For Sohn, music is something of a salvation. You can hear it in the yearning, meditative opener Tempest as his bold and strong falsetto voice soars above the gently undulating electronics. It’s warm and natural in a way that electronic music doesn’t always sound. Part of this natural sound is a result of Sohn’s adherence to using organic analogue instrumentation. Subsequently, Tremors sounds rich and pure, far beyond an anaemic bedroom laptop recording.

The lovingly crafted textures of the instrumentation match the close detai with which Sohn has burnished his music. Lyrics are also equally as important as sonic invention. Each song features any number of piercing, emotive lyrics. At times, the lyrics are riven with self-loathing as on the title tracks soulful mediation on a broken relationship: “If you’re thinking of letting me go then it’s time that you do.” Elsewhere, the stark bleakness of Bloodflows with its key line “sharpen the knives for me” is incredibly powerful.

Much of Tremors is cloaked with a sense of darkness and obsession; there is precious little light here. Away from the lights of the city and London’s musical hubbub and sequestered away in the tranquil, picturesque city of Vienna, Sohn allowed himself to become fully immersed in the transcendental feeling of night. Perhaps it’s this environment in which he created the music that allowed him to deliver something so clearly and lucidly defined.

The real strength of Tremors though lies in the quality of Sohn’s songs. As well as being a producer of sublime vision, he also excels as a songwriter. It’s a treasured combination. Whereas a similar artist like Jamie Woon floundered over the course of a full album, Sohn flourishes. Album highlight Veto is perhaps the best example of Sohn’s marriage of intricate and diverse electronics aligned with his soaring and richly expressive falsetto. It’s a balance that’s awkward to achieve but one which Sohn traverses almost effortlessly.

Tremors is a remarkably assured debut from a musician who has clearly spent years honing his craft. It’s both expressive and inventive while still retaining that alluring degree of mystery. Sohn’s decision to take his time and halt the progress of the hype train has certainly paid off.