Solange – When I Get Home 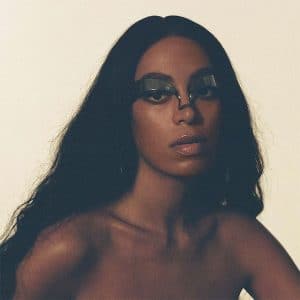 “I can’t be a singular expression of myself, there’s too many parts, too many spaces, too many manifestations” intones Solange Knowles on Can I Hold The Mic, a track that appears in the early stages of When I Get Home, and it’s a line that rings true right the way through the album. 2016’s A Seat At The Table might have been the album that properly established her as an artist of note but it was predominantly rooted in a modern R&B sound. When I Get Home sees her draw from a richer musical palette and subtly explore interesting creative options to deliver a fresh, fluid, multifaceted follow up.

It is bookended by short tracks built around Solange’s svelte vocal which clearly signal the start and end of the album. It’s a clever move that reinforces the view that this is a concisely packaged artistic statement that sees her move up a level. Early moments see her in confident mood; Down With The Clique shows how her R&B sound now has an added headiness and depth to it and Way To The Show successfully merges deliciously warped synths, pinpoint beats and alluring vocals to mesmerising effect. Dreams meanwhile has a timeless soul feel, especially with regard to the sweetness of her vocal.

Almeda best encapsulates the progress she’s made, a multi-layered track seeing her deliver a set of stream of consciousness lyrics alongside intoxicating synths and mechanically compressed beats. Playboi Carti adds vocals and Pharrell Williams lends a hand on production but, as with similar moments elsewhere on the album, Solange is the unifying force, the magnetic centre. Time (Is) features a discreet guest appearance by Sampha and she combines with Gucci Mane and Tyler, The Creator on the casual, extroverted My Skin My Logo. Other names to contribute to the album either on production, playing or singing include Panda Bear, Abra, Earl Sweatshirt and Steve Lacy.

Dig deep enough and a subtle astral jazz influence can be detected also, maybe not always directly in the sound but certainly in the album’s atmosphere and aesthetic, as well as in the way it flows. The quality is maintained well into the second half of the album with Jerrod segueing impressively into Binz. There’s also a sort of mixtape feel towards end as song fragments and samples are spliced and interspersed in engaging style. She’s also shown to be one of an increasing number of artists to use short, redirecting interludes to excellent effect. In a year where R&B and hip hop have proved the most innovative and original genres Solange has delivered a brilliantly crafted record that places her right at the top.

More on Solange
Solange – When I Get Home
Festival Review: Latitude 2018
Solange – A Seat At The Table
Solange @ XOYO, London