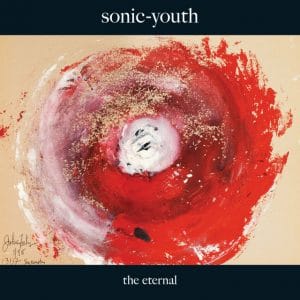 Legendary New York indie-rockers Sonic Youth are back with their 15th studio album, The Eternal. To Sonic Youth fans, though, this is more like the fourth in a series of albums that has seen the band become totally revitalised with the turning of the century. What started with the majestic Murray Street and was further honed with the retrospective Sonic Nurse and the forward-looking Rather Ripped has been completed with The Eternal.

Even the grandiose title evokes a sense of finality and timelessness. It’s as though this album, more than any other since the band’s landmark opus Daydream Nation, has been chosen as the ideal candidate to leave to posterity. Its 12 tracks are as much a window into the past as they are a window into the future.

Melody was the instrument that helped shed light on everything Sonic Youth were doing. For an entire decade, the band meddled with dissonance like it were a dependence-inducing tricyclic. Their reliance on a musical form that they had already mastered saw them churn out stale albums, almost indistinguishable from one other. Occasionally, you’d glimpse an alternate path.

But tracks like A Thousand Leaves’ Sunday would get lost amid discordant waves of frustrated and frustrating, dead-end experimentalism. It felt like Sonic Youth preferred to exist on the cusp of what they could be, perhaps reluctant to share the limelight with arguably more straight-laced alternatives such as Pavement and Radiohead. And then came Murray Street and the beautiful opening bars of The Empty Page and this band made sense again.

In many ways the antithesis of Murray Street, it doesn’t take a great deal of imagination to make sense of The Eternal. The album’s lascivious undercurrent would leave Josh Homme in a right fidgety sweat. Opening track, Sacred Trickster – and the majority of the album’s songs – would sit quite happily on a Queens Of The Stone Age record. Its breakneck tempo and crunching guitar textures are urgent, sex-ridden and immediately lovable. With her signature detached effortlessness, Kim Gordon wants someone to: “levitate me on the ground.”

Perhaps a reference to the Pixies, but more than likely just a craving for satisfaction, her guttural and libidinous uh uh uh uhs of Anti-Orgasm set an impossibly filthy tone. As the album’s glorious opening onslaught turns you on and leaves you gagging for more, the towering, lovelorn Antenna reminds you there’s a vulnerable, human flipside to the blinkered, animalistic pursuit of pleasure.

Although Homme‘s brand of bubble-gum desert-rock is noticeable throughout, the influence of other hall-of-famers is obvious. What We Know’s constant dum-dum-pah pounding and crazed fretwork is really a scuzzed-up appropriation of Radiohead‘s There There, while No Way’s riff-heavy funk is a brutalised homage to the Red Hot Chili Peppers.

When The Eternal’s brain is not totally preoccupied with sex, its more expressive forays meander with the progressive-rock mentality of Led Zeppelin. Rather than becoming lost in wastelands of noisy cacophony, The Eternal explores and meanders with a justifiable cause and a satisfying effect.

The album climaxes with Kim Gordon’s elongated elegy to her lover, Massage The History, which bears all the confused, crushed-up emotion of PJ Harvey, circa Uh Huh Her. Some will amuse themselves with the ironic inevitability of it all; the band that influenced a generation is now being influenced by that generation. But it’s not like history doesn’t owe Sonic Youth the odd favour.

Ultimately, The Eternal acts as a fitting and timeless aide-memoire of everything this mighty band has ever achieved. By soaking the record with a sweaty aphrodisia they have made it amazing fun not just for us but for themselves. There’s melody, noise, desire and reflection, but it never over-indulges in any of its vices.

Even if these iconic mentors are approaching senior status, The Eternal is living proof that youthfulness is just a state of mind, and by continuing to capitalise on one of most welcome U-turns in recent music history, Sonic Youth are now a band we can love, and not merely admire.