Sophie Ellis-Bextor – Shoot From The Hip 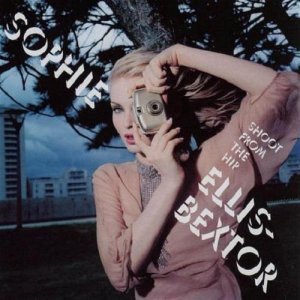 Whatever you might think of Sophie Ellis-Bextor, you can’t fault her determination. From small beginnings fronting indie wannabes theaudience in the late ’90s, she not only succeeded in re-inventing herself as a glamour-puss dancefloor queen with Groovejet, but managed to follow up that success with a series of slick dance-pop hits.

Furthermore, of the current pop crop, Sophie at least seems to be in control of her own destiny – from outspoken interviews candidly deriding contemporary acts to befriending indie stalwarts such as Blur‘s Alex James and Suede‘s Bernard Butler who collaborate on her new album. A pop puppet she most certainly isn’t.

Her second solo album, Shoot From the Hip, sees Sophie’s take on dance music develop more of an ’80s Europop edge (withthe emphasis very much on pop), particularly evident on the excellent recent single Mixed-Up World, which sounds like she invited the Pet Shop Boys round for tea and got them to write and produce a song for her (they didn’t, as it happens – it was actually written with former New Radical and Robbie Williams collaborator Greg Alexander).

Other stand-out tracks on the album include the über-catchy Party In My Head (another Alexander collaboration), which introduces delightful harmonies and acoustic guitar to the mix and has ‘second single’ written all over it.

Hello, Hello, the album’s closing track, contrasts a slightly menacing Portishead-style guitar with lush strings. And if you listen for long enough after that, you may be rewarded with a hidden track – a cover of Olivia Newton John‘s leggings-and-leotard anthem, Physical.

Unsurprisingly for an album which has many different co-writers on it, Shoot From The Hip is patchy in places. Alex James’ disco bassline on Love It Is Love is all well and good; however, Bernard Butler’s effort is (as most of his output post-Suede) disappointing.

The lyrics, accentuated by Sophie’s delivery (like a female Brett Anderson singing a Pet Shop Boys song) are obviously meant to be heard, and as she’s made clear from album’s title, she’s not shy of expressing an opinion. However, they sometimes sound a little self-conscious and clunky, almost a little too earnestly conveying her message.

That said, Shoot From The Hip is a good effort and displays an ambition – and potential – to produce consistent, high quality, intelligent pop music. It doesn’t quite acheive this on all counts but you can see the intention and who knows – with a bit more perseverance, she might just do it.