Spector – Now Or Whenever 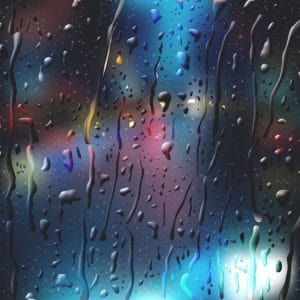 When working on their third studio album, the members of Spector found themselves stuck in various places, largely unable to get together in the flesh due to restrictions we are all too familiar with. As such, Now Or Whenever feels totally different to the band, though not only for that reason. Due to the lack of new experiences they could undertake because of the travel ban, they delved back into the past and peered into the future for some inspiration, the zero excitement of recent times leaving little option.

It was Spring 2020 when work began in earnest, with online possibilities enabling the band members to overcome the distance between them. Somewhat incredibly, according to the band it was made in one studio sitting, and it’s also their first LP to be dominated by live instrumentation. All of this has contributed to a collection that frontman Fred Macpherson describes as “our first proper guitar album”.

For those familiar with their previous release Moth Boys, Now Or Whenever may come as a slight surprise, with 2015’s decent offering centring on a dark, moody core that drew comparisons with Editors amongst others. There are occasional likenesses here, but this time things feel considerably more upbeat – and as a result, damn catchy.

After the brief curtain raiser When Saturday Comes, the excellent Catch You On The Way Back In delivers a catchy cut with an instantly satisfying and memorable chorus; with lyrics like “everyone’s a loser” and “line ‘em up, knock ‘em down” it could be about a drinking problem, but everyone’s interpretation of a song is different. One thing is certain, it is an incredibly uplifting number. No One Knows Better is also infectiously catchy, helped along by occasional racing guitars, but Bad Summer is possibly the golden nugget of catchiness within the album: verses are spouted in the style of The National’s Matt Berninger – albeit in a completely different tone to his famous baritone – and more racing guitars contribute to another winner.

Although Now Or Whenever’s instant fixes are quite possibly the greatest songs on the record however many times you spin the disc, numerous other treasures are there to be mined. The short two minutes of Do You Wanna Drive develops from a minimal introduction before building into something far bigger, packing so much into its short life that you’re reminded of how Guided By Voices effortlessly cornered this market to become the masters of cramming several ideas into such a short space.

Centred around a reedy keyboard hook, Norwegian Air is another track with uplifting qualities, bringing into perspective the way things have changed. D-Roy evokes those Editors comparisons once more but it’s still nothing near the gloominess of Moth Boys, and another peer – White Lies – are again a checkpoint during the impressive six minute, imaginatively titled closer An American Warehouse In London, where feedback screeches and keyboards swirl.

Elsewhere the party is interrupted by differing moments, such as an acoustic cut that sounds as if it’s been recorded in your bathroom (This Time Next Year), a slower effort that still packs a punch (Funny Way Of Showing It) and perhaps the only mis-step on the album (I’m Not Crying You’re Crying) that reminds of the hilarious quote from Starsky and Hutch – where there’s a lack of energy going on.

Now Or Whenever doesn’t feel like natural progression when held up against Moth Boys and earlier debut Enjoy It While It Lasts from 2012, but its ability to have you singing along in very little time at all is an impressive quality. Spector have always felt slightly in the shadows of some of their peers, but with this showing they don’t deserve to be lingering in shadows of any kind.