Spiral Stairs – Doris And The Daggers 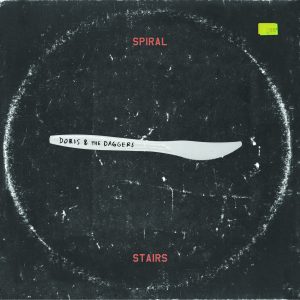 It’s been eight years since the last Spiral Stairs album and seven since the Pavement reunion shows, and in that time precious little has been heard from Scott Kannberg, aka Spiral Stairs. Time has flown for him; he disappeared off to Australia and started a family, so it’s not entirely surprising that he’s not had much time for music. Essentially swallowed by middle age and life in general, Kannberg found the album slipping away from the garage rock influences he’d intended and heading towards a more sedate singer-songwriter space.

The result is a record that will no doubt disappoint fans of Pavement expecting something a little wonky and angular. There’s none of that here and with the exception of the title track, the mood for the whole album is set at laid back. It’s perhaps not surprising to find out that Kannberg got caught up in school runs, mowing the lawn and gardening and struggled to find time to write music at all. Given his immersion in domesticity, it’s a wonder that the whole album didn’t end up being about compost, the neighbour’s dog, and how he can never find a pair of socks in the drawer despite only buying black ones.

Yet only once does he slip into mawkishness, on The Unconditional, a song written about his daughter and his experience of fatherhood. The addition of a horn section really doesn’t save it from being rather awful. It’s fine to love your kids, of course, but this song is the equivalent of being sat with someone at a party and them showing endless photos of their offspring. By all means write songs about your kids, but don’t play them to anyone, because we really don’t care that you get a load of shit for not stopping off at Target on the way home.

This one quibble aside, Doris And The Daggers is a solid and steady affair that addresses the ups and downs of life without getting too stressed out or impassioned about either. Shortly before this album was due to be recorded, drummer Darius Minwalla died in his sleep. His passing gave these songs a sense of melancholy that can be felt most strongly on Exiled Tonight, but even with the addition of The National’s Matt Berninger on vocals there’s still a dainty guitar line present to keep things relatively positive. In fact, there’s a positive spin to be found on most of these songs. AWM is a song about a relationship falling apart, and yet Kannberg’s way with melody and a pop hook make the whole thing a rather jaunty affair. Dance (Cry Wolf) might well contain the lines “I felt alone, I couldn’t walk, I couldn’t feel my bones, it takes over your heart takes over your home…”, but it also lays down a groove that insists on dancing in the face of adversity and throws a huge dollop of Let’s Dance-era David Bowie into the mix.

For those worried that it’s all a bit too comfortable, there are a couple of moments when the album veers away from the middle ground. No Comparison kicks off with a funky punk punch that instantly calls to mind Minutemen, and then it’s away, drifting in a smooth synth-lined reverb heavy cosmos with its controls set for the disco at the end of the universe. The title track ends the album in punky, lo-fi fashion although with its shouted refrain of “Doris” it sounds like a crackup at the nursing home. All in, this is a strong if straightforward album packed with effective if safe earworms, albeit from someone whose very name suggests twists and turns.