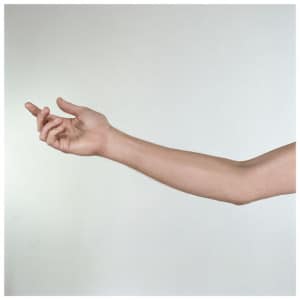 After marking out new territory in space-rock’s final frontier in 1997’s Ladies And Gentlemen We Are Floating In Space, there was a coming-back-down-to-earth bump about 2001’s Let It Come Down. Ladies And Gentlemen… seemed to be the final word on free-jazz, feedback-blurted comedowns, while Let It Come Down magnified the nursery lullabies and the heroin spirituals which transformed inspiration into so much perspiration.

2003’s release Amazing Grace is a more spontaneously-minded relative of that earlier record. J Spaceman (Jason Pierce) and his band recorded this latest album live with a minimum of studio tinkering, and it shows. Thematically, there’s little new on show, but there’s a strong emphasis on lean, mean, rock ‘n’ roll, and delivered with an economy not found on previous primal rockers Come Together and Electricity.

This Little Life Of Mine is a full-band workout, stung with leakage and frantic piano. Current single She Kissed Me (And It Felt Like A Hit) is an amphetamine-paced, cathartic guitar-party, laced with the lingua franca of rock ‘n’roll from its drum-solo intro to the come-on-baby-lets-go-downtown style lyrics. And of course, it’s the long overdue answer record to the The Crystals‘ He Hit Me (It Felt Like A Kiss), clearly recorded in the days when domestic violence was something to be eulogised.

Never Goin’ Back offers more swaggering surety, punctuated by more guitar squeals, and driven by the firm, solid pulse of the band. But there is more to this record than finding ways to get the metaphorical rocks off. The Power And The Glory finds the band spiritually dry-docking with Sun Ra‘s Arkestra, while Lord Let It Rain On Me continues the search for higher ground, caught between scepticism and salvation (“You say there’s a Hell below us Lord / Heaven can be mine / I don’t believe your promises/ I don’t believe your lies”). But, by the time the gospel-fire of the chorus comes along, Pierce is able to declare, “I’m about ready now.” Given the resemblance of the opening structure of the song to the Velvet Underground‘s ambivalent Heroin, there might be more to the euphoria of the chorus than first appears.

The Ballad Of Richie Lee is a meditation on the real loss of said musician that not even the strings can sweeten (“The fire that drove me on / Is nothing more than dust and ash / The day my friend has gone”), but the sympathy in the song is sustained by the extemporaneous nature of the recording. Cheapster offers a brief, pacy alternative to its elegiac predecessor with frenetic keyboards akin to The Charlatans on Pro-Plus, like Let It All Hang Out and Bitter Pill To Swallow cropping out of the mix with (ahem) wreckless abandon.

On Rated X, the band appear to pick the song out of the ether, picking up the transmission of a melody, until it arrives fully-formed, a desire for new beginnings. Finally, we’re left with Lay It Down Slow, a Sunday-morning ballad with appropriate churchy resonance.

Ultimately, it’s just possible that Spiritualized painted their masterpiece with Ladies and Gentlemen.., but Amazing Grace (how sweet the sound) still offers plenty of precious detail to transfix us.